A total of 190 million 5G subscriptions globally are expected by the end of this year, according to the latest Ericsson Mobility Report. The figure will surge to 2.8 billion in just the next five years, it has projected. 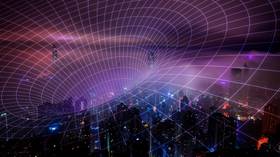 “This is mainly due to a faster uptake in China than previously expected,” the report explained, adding: “For other parts of the world, slight downward adjustments have been made due to the effects of the pandemic.”

The study found that mobile traffic could grow by 31 percent annually between 2019 and 2025. Continuing recent trends, most of this will come from video traffic.

In 2025, 5G networks will carry nearly half of the world’s mobile data traffic, with 5G projected to cover up to 65 percent of the world’s population by that time.

According to the report, there have been already more than 75 5G commercial launches across the world. Initially, networks have mainly been deployed in larger cities.

Global 5G population coverage was around five percent at the end of 2019, with the most extensive coverage build-out in the US, China, South Korea and Switzerland.

Switzerland’s 5G population coverage reached over 90 percent at the end of 2019 and is expected to continue to grow during 2020.

“5G was made for innovation and, as the value of the digital infrastructure has been further evidenced during these recent times, 5G investments can play a significant role in restarting economies,” said Fredrik Jejdling, Executive Vice President and Head of Business Area Networks at Ericsson.