Boeing’s European rival Airbus wants to break its own record and bring aircraft deliveries to a new all-time high in 2020, as the American planemaker continues to struggle with the aftermath of the 737 MAX crisis. 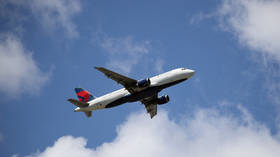 Airbus’s clients received a total of 863 commercial aircraft in 2019, marking a record for the company, according to full-year financial results published on Thursday. While year-on-year deliveries rose around eight percent, the target for 2020 is even more ambitious, as Airbus aims to hand over around 880 jets.

However, a massive order intake totaling €81.2 billion (US$88.3 billion), plus rising sales and record deliveries, failed to help the company to secure an annual profit.

The report shows that Airbus faced a net loss of €1.36 billion ($1.48 billion) last year, compared with a net profit of more than €3 billion ($3.3 billion) in 2018. Earlier this year, Airbus settled a lengthy global corruption investigation, agreeing to pay €3.6 billion (around $4 billion) in fines.

The news comes shortly after Boeing revealed that it failed to win any orders for new aircraft in January, and delivered only 13 planes during the month. Earlier this year, the US aerospace giant reported that its lost $636 million in 2019, marking its first annual loss in net revenue for nearly six decades.

The disappointing annual results came after Boeing faced a tough year, marred with global groundings of its once-bestselling 737 MAX planes. The jets were involved in two crashes within a span of five months, killing 346 people.