Brussels has launched two antitrust investigations against Apple over its App Store rules and the Apple Pay platform. The regulator suspects that the tech giant’s services may violate EU competition rules. 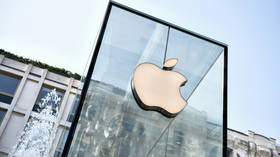 One of the twin inquiries, formally opened by the executive arm of the EU on Tuesday, concerns the mandatory requirement for developers to use Apple’s in-app purchase system. The other is set to review the company’s restrictions on developers’ ability to inform iPhone and iPad users of alternative, cheaper purchasing possibilities outside of apps.

“It appears that Apple obtained a ‘gatekeeper’ role when it comes to the distribution of apps and content to users of Apple’s popular devices,” Executive Vice-President Margrethe Vestager said in a statement.

Brussels needs to ensure that Apple does not limit competition when it comes to the spheres where the company is competing with other app developers. The Commission has received several complaints on the matter, including one from popular Swedish music streaming service Spotify, which directly competes with Apple Music.

Another complaint came in March this year from a smaller rival of the Apple Books app. The e-book and audiobook distributor raised similar concerns to those under investigation in the Spotify case. While the commission did not say who was behind the move, it was earlier reported that online retailer Rakuten’s Kobo subsidiary complained to the regulator about Apple’s 30 percent “tax” on ebooks purchased via the App Store.

The investigations apparently hit a nerve in Silicon Valley. Apple said that it is “disappointed” with the EU decision, accusing the commission of advancing “baseless complaints from a handful of companies who simply want a free ride.”

“We don’t think that’s right – we want to maintain a level playing field where anyone with determination and a great idea can succeed,” the company said, adding that it wants to prove to the European Commission that it provides customers “the best app or service of their choice, in a safe and secure environment.” 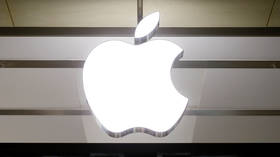