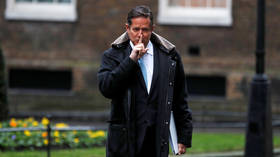 In a statement released on Thursday, the bank announced that the widely reported ties between the financiers are the subject of an ongoing probe, launched by the Financial Conduct Authority (FCA) and Prudential Regulation Authority (PRA). With the investigation focusing on whether that relationship was properly disclosed to the bank and regulators, the lender stressed that the CEO was “transparent” regarding “the nature and extent of his relationship with Mr. Epstein.”

“Based on a review… the Board (the Executive Directors having been recused) believes that Mr. Staley has been sufficiently transparent with the Company as regards the nature and extent of his relationship with Mr. Epstein,” the bank said, adding that the current CEO will be recommended for reelection.

Staley got to know Epstein when he was running the private banking business at JP Morgan. The relationship is believed to have come to an end before the American banker joined Barclays in December 2015.

Speaking to reporters, Barclays’s chief executive stressed that the ties have always been purely professional, and that contact had become “much less frequent” since 2013, when he left JP Morgan. Staley also revealed that he visited Epstein’s infamous Caribbean estate in the US Virgin Islands months before he took the Barclays job.

“I thought I knew him well, and I didn’t,” Staley said, as cited by media. “I’m sure with hindsight of what we all know now, I deeply regret having had any relationship with Jeffrey Epstein.”

Barclays shares lost 2.3 percent on the London stock exchange on Thursday. The drop came despite the bank releasing positive annual financial results that showed that its pre-tax profit rose 25 percent, from £3.5 billion ($4.6 billion) in 2018 to £4.4 ($5.7 billion) in 2019.

Epstein died in prison in August while awaiting trial on sex trafficking charges. Officially ruled a suicide, the circumstances surrounding his death have triggered speculation that the convicted sex offender was murdered.

It is not the first time British financial regulators have looked into Staley’s activities. In 2018, the banker was fined more than £642,000 ($837,000) and was deprived of his £500,000 ($652,000) bonus for trying to uncover the identity of an anonymous whistleblower. Barclays was additionally slapped with a $15-million fine by a New York regulator over the scandal. 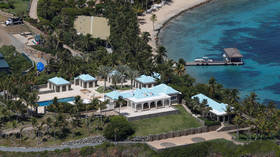