The Russian economy is coping better with the Covid-19 pandemic than it did after the global financial crisis, the head of Russia’s Accounts Chamber and ex-finance minister, Alexei Kudrin, said in an exclusive interview with RT. 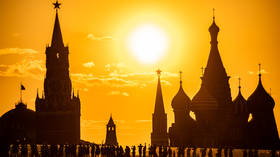 While no country in the world was prepared for the pandemic, Russia rose to the challenge fairly well, Kudrin said. The national economy is still set to face harsh economic consequences, and could plunge between four and five percent, but that drop is still less dramatic than forecast in earlier gloomy predictions, he explained.

“The current economic situation is certainly better than predicted at the beginning of the pandemic,” Kudrin told RT. “For a number of reasons, Russia now looks much better than in 2009, when the economy fell by eight percent.”

He noted that, unlike in the previous economic downturn, the current crisis has forced many companies to close. That’s why Russian businesses, the majority of which did not receive any substantial government help, and the Russian people now need additional support, Kudrin stressed. At the same time, additional aid will be necessary if the second wave of the coronavirus outbreak leads to new restrictions.

“The number of people living in poverty has increased by more than a million during the first half of 2020,” said Kudrin, adding that this figure currently exceeds 20 million. “The government needs to take measures to reduce poverty and help people. [It] has the funds to do it.”

He suggested the government could make an exemption to the rule that requires any tax revenues earned from oil prices over $42 a barrel to be paid into Russia’s National Welfare Fund. According to the official, if the government spent a third or even a half of its welfare fund reserves, this would not be critical amid such unprecedented conditions.

According to Kudrin, the pandemic has not completely changed Russia’s plans for the International Organization of Supreme Audit Institutions (INTOSAI), of which it assumed the presidency last year. During the last INTOSAI forum, held in Moscow in 2019, Kudrin pledged to promote the efficient use of technological progress and to increase transparency in public administration.

The pandemic has forced Russia to “make some serious adjustments”, Kudrin said. He explained that the development of the so-called strategic audit – aimed at establishing if funds spent had accomplished set goals – and audit digitization is now the main task for the body. Russia has also created a special expert committee to help auditors from different countries respond to Covid-19, including evaluating state aid and other support measures. 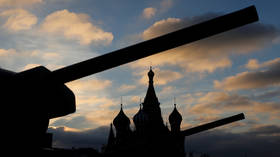