The consoles were purchased from Innovate, a store based in Ennis, as Christmas presents.

A NUMBER OF customers say they have yet to receive refunds after paying for PlayStation 5 consoles from a shop in Co Clare before Christmas which were never delivered.

The consoles were purchased from Innovate, a store based in Ennis, as Christmas presents from October to December.

However, numerous delays meant the consoles did not arrive before Christmas.

A number of customers have told The Journal that Innovate kept pushing back the date the consoles were due to arrive, but assured them they would be delivered before Christmas.

In a statement to The Journal, Innovate’s manager Umar Anwar said that the store had cancelled all orders with its suppliers last week. He claimed that most customers have since received a refund.

“All retailers in Ireland are struggling with the supply of this product. This is due to a massive worldwide shortage,” he said.

“The remaining refunds will be issued over the coming days,” he added. 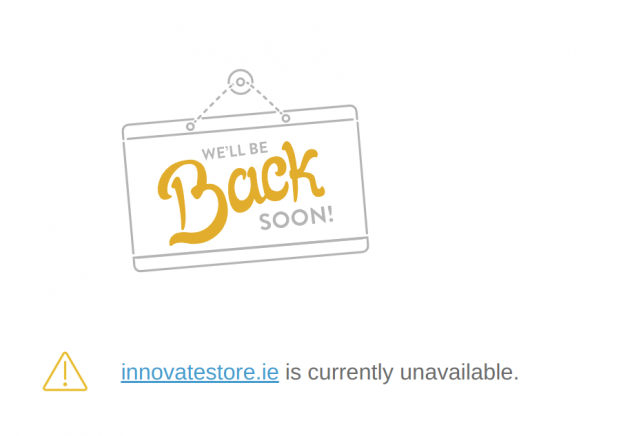 The most recent post on the store’s social media pages, posted on 6 January, states: “We have an update on the Playstation 5 delivery, please bare with us [sic]whilst we contact all customers with preorders over the coming days. We appreciate your patience.”

Customers still waiting on contact about refunds told The Journal they are “very angry” and feel “extremely let down”.

In messages sent in December, Anwar told customers that the consoles were stuck in England and Germany. 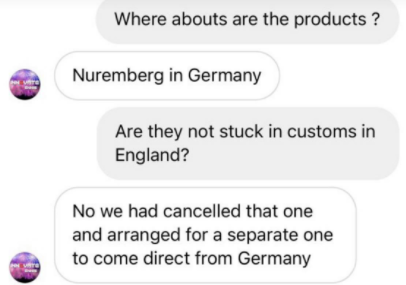 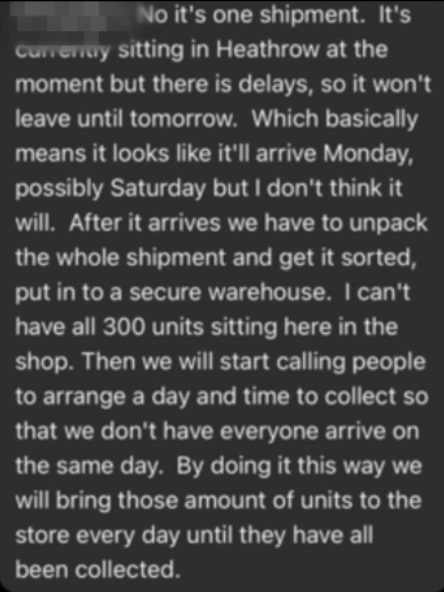 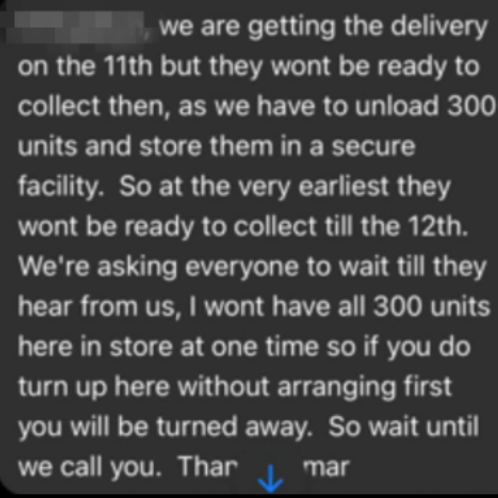 Some people ordered two or three consoles from Innovate as Christmas presents for their children or other relatives. When the consoles did not arrive, they were left scrambling to find replacements.

Some customers say they were told in early February that the consoles were still en route.

Anwar is a former director of Cantec Office Solutions, which traded as Click.ie.

The website came into focus in late 2017 when panicked customers who’d bought phones, tablets and other gadgets as Christmas presents said they had not arrived on time.

The company behind Click.ie went into liquidation in April 2018 but the domain name was bought at auction for €10,500 a few months later.

The Journal  subsequently reported in August 2018 that Ray Norton, one of the former senior management team at Click.ie, was involved in the reboot of the website.

The Competition and Consumer Protection Commission (CCPC), a consumer watchdog, issued a number of warnings about Click.ie, including one in December 2019, after it received complaints about delivery and refund issues as well as faulty products.

The most recent version of Click.ie is no longer active and has been offline since 20 December 2019.

To date, 14 people have contacted the CCPC since October to raise issues about Innovate.

A spokesperson for the CCPC told us: “Our decision to act on a particular issue is informed by information and evidence obtained through a range of channels including; contacts to our consumer helpline, research and market surveillance.”

The spokesperson added that consumers “have specific rights under consumer protection law regardless of whether they are purchasing items in-store or buying online”.

The CCPC “strongly encourages” any consumers who have concerns about Innovate or any trader to contact them on 01 4025500 or online.

The spokesperson noted that if a consumer buys online, there are requirements on time-frames in which a product must be delivered or a refund provided.

However, in-store purchases fall under the Sale of Goods and Supply of Services Act 1980 which does not make such specifications.

A number of the customers who are owed refunds from Innovate paid in cash.

The CCPC spokesperson stated: “If the matter remains unresolved following the above approach, consumers may wish to consider the Small Claims Process (SCP) as a possible final option to pursue a refund. The SCP is a service available through local district court and if the case is accepted, a final decision would be made on the matter.”

They added that customers may be able to get refunded via their bank or PayPal, depending on how they paid for the items.

Banks may arrange a ‘chargeback’ – the reversal of a disputed card transaction – however, each financial institution has specific timeframes and conditions related to this.