The agreement between Russia and the Organization of the Petroleum Exporting Countries (OPEC) to cut oil output has brought huge benefits to the entire Russian economy and its National Wealth Fund (NWF). 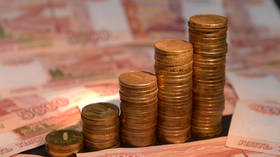 “The NWF rose from 4.04 trillion rubles ($65.2 bln) to 7.7 trillion rubles ($124.3 billion), so the NWF actually doubled over the year. This largely indicates that the NWF resources through the fiscal rule have come exactly from the OPEC+ deal, increasing our reserves twofold,” Kirill Dmitriev, chief executive of the Russian Direct Investment Fund (RDIF), told TASS on the sidelines of the World Economic Forum in Davos.

Since the implementation of the production cuts, the Russian budget directly added 7 trillion rubles (around $112.9 billion), which does not include NWF assets, according to Dmitriev.

The Russian economy has benefited from higher oil prices. In recent years Moscow has enforced the so called budget rule, meaning that if oil prices are higher than $42 per barrel, then the extra money from crude and gas exports is transferred to the NWF.

Thus the OPEC+ agreement could further help Russia implement various national projects as the RDIF could invest in them using these extra funds.

“This is a revolutionary story, when the deal does not merely come to the budget but also gives a strong boost to reserves,” Dmitriev stressed.