In an era when machines may leave millions of people without jobs, Russia is reportedly exploring the possibility of collecting taxes from robots, making the payments equal to income taxes paid by human employees. 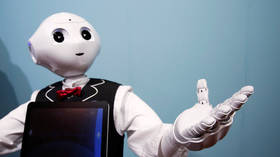 Russian companies may have to pay 13-percent tax for using robots instead of people, Izvestia newspaper reported citing a proposal laid out by the Progressive Education Institute, an independent non-profit organization. The initiative has already been sent for review to Russia’s Finance Ministry and received support from some lawmakers and government officials.

Money received from the ‘robotaxes’ will be transferred to a special fund that will help people in “vulnerable” professions, such as salesmen, cashiers, security guards, guides, and bank employees, to receive training for in-demand skills. According to Progressive Education Institute Director Anna Marks, up to 20 million Russians could be laid off and replaced by robots in the next 10-15 years.

“We suggest introducing a tax comparable to 13 percent of personal income tax on the average salary of a certain profession,” she told Izvestia, adding that the exact amount would be determined after public discussion.

Using robots is usually cheaper for businesses, as they don’t have to pay them. At the same time, the government does not receive any taxes from these ‘workers’, while risking increased unemployment, lawmaker Viktor Zubarev, a member of the State Duma Committee on Budget and Taxes, said, adding that measures need to be taken to offset these future losses in the labor market.

However, Russia is not considered among the global leaders in the field of industrial automation, according to the International Federation of Robotics (IFR). The uptake of robots in the country is lower than in Europe and Asia, with 4 robots per 10,000 manufacturing workers compared to 710 robots per 10,000 employees in South Korea, and 322 robots per 10,000 workers in Germany as of 2017. However, the federation noted that the situation may change in the near future due to the government’s focus on new technology and the potential of Russian companies.