The European Commission has called on the US to lift “unjustified” duties on EU exports or face retaliation, after aerospace giant Airbus said it had been in full compliance with World Trade Organization (WTO) rulings. 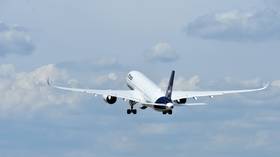 European planemaker Airbus said on Friday it had taken “the final step” to end the long-running row over subsidies, which has been at the core of the dispute between Brussels and Washington. The company said it had accepted higher interest rates on government loans it received from the French and Spanish governments to help develop its A350 jet.

“Today, the governments of France and Spain agreed with Airbus SE to modify the terms of the Repayable Launch Investment granted by them for development of the A350 aircraft to reflect market conditions,” the European Commission said regarding the decision.

Both the manufacturer and the EU stressed that the move removes any grounds for US tariffs, which are especially damaging under the current economic circumstances, as the world continues to deal with the coronavirus outbreak. Last year, the US’ punitive tariffs targeted $7.5 billion worth of EU goods – the largest-ever penalty authorized by the WTO.

“Unjustified tariffs on European products are not acceptable and, arising from the compliance in the Airbus case, we insist that the United States lifts these unjustified tariffs immediately,” said Commissioner for Trade Phil Hogan.

The bloc’s top trade official added that if the sides fail to reach a settlement, Brussels will “be ready to fully avail itself of its own sanction rights.” According to the Commission, the EU has already picked the products that could potentially fall under its retaliatory measures. It also pointed to a parallel WTO case involving unfair support for US aerospace behemoth Boeing, which could result in punitive EU duties on US goods later this year.

The transatlantic legal battle began in 2004, when the US government accused Britain, France, Germany and Spain of providing illegal subsidies and grants to support Airbus. At the same time, the EU filed a similar complaint on US subsidies for Boeing.

After winning a $7.5 billion award in the Airbus case, the US imposed a 10 percent tariff on most European-made Airbus jets and duties of 25 percent on a list of EU products, ranging from cheese to olives and whiskey. In June, the Trump administration escalated the trade row, threatening to levy new tariffs on $3.1 billion worth of exports from France, Germany, Spain, and the UK, prompting a strong reaction from Brussels. 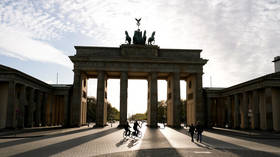