The former CEO of Volkswagen (VW), Martin Winterkorn, has been ordered to appear in court to answer criminal charges, including fraud, together with several other VW employees over their role in the long-running emissions scandal. 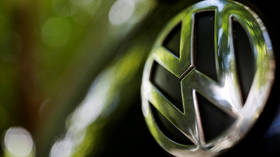 The German court in charge of the case announced on Wednesday it had determined “that there is sufficient suspicion, that is, an overwhelming possibility of conviction, of the accused Professor Doctor Winterkorn for commercial and organized fraud.”

The date of the public trial has not been set so far. Another four defendants were also accused of fraud, as well as serious tax evasion and fraudulent advertising, the court in Braunschweig said.

Winterkorn resigned soon after one of the largest scandals in the auto industry, dubbed ‘Dieselgate’. In 2015, Volkswagen was accused of selling cars in the US that had emissions cheating software. Back then the CEO denied that he was aware of the practice that affected around 11 million vehicles worldwide.

After the car giant pleaded guilty in the US and had to pay billions in penalties and compensation to car owners, Winterkorn was accused by US prosecutors of conspiring to mislead regulators over emissions. In addition to the upcoming fraud trial, the former chief executive still faces charges over market manipulation.

The scandal has already cost the German automaker more than €30 billion (US$35 billion) in penalties, legal costs and compensation payments to customers. Earlier this year, VW reached a settlement with the German consumer federation VZBV over the scandal. The company is set to pay a total of €830 million in compensation to over 230,000 German car owners or between €1,350 and €6,257 per car.