A new report by the United Nations Conference on Trade and Development (UNCTAD) predicts that foreign direct investment (FDI) may decline globally due to the Covid-19 pandemic. 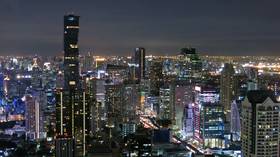 According to the research, FDI could nosedive by 40 percent in 2020, falling another five to ten percent next year. “This means that FDI, which in 2019 amounted to $1.54 trillion, will fall for the first time since 2005 below the $1 trillion mark,” said UNCTAD, adding that recovery may start in 2022.

The authors of the report explained that the pandemic “means a shock to supply, demand and the FDI policy.” They said that “the prospect of a deep recession will encourage multinational enterprises to reassess their projects.”

“[The] global economy is now in a much worse situation than during the 2008 financial crisis,” said UNCTAD Secretary-General Mukhisa Kituyi. He noted that the pandemic led to “a halt in production and supply chains in most economic sectors, the complete closure of entire industries, and unprecedented shocks in consumption in most economies.”

Talking about the projected FDI decline, he said that “prospects depend on the duration of the healthcare crisis and the effectiveness of policies regarding the economic impact of the pandemic.”