Lawsuits against the Trump administration have piled up over the last fortnight as some 3,500 American firms, including auto majors, retailers and pharmacies, were reported to challenge US tariffs on billions of Chinese goods. 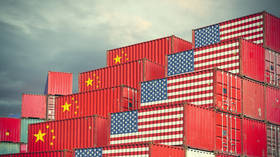 The suits, filed by a wide range of companies in the US Court of International Trade in New York, seek to declare unlawful the latest rounds of levies on Chinese products imposed by Washington amid a wider trade dispute with Beijing. According to a Reuters report citing the filings, they name the US trade representative, Robert Lighthizer, and the Customs and Border Protection agency as defendants.

Some of the companies accuse the Trump administration of waging an “unbounded and unlimited trade war impacting billions of dollars in goods imported from the People’s Republic of China by importers in the United States,” while others point at officials’ failure to comply with administrative procedures and impose tariffs within a required one-year period.

Elon Musk says ‘China rocks’, warns that the US may start losing due to ‘complacency’ & ‘entitlement’

Many industry leaders and some of the biggest US corporations included on the S&P 500 index are now challenging the tariffs. In addition to electric carmaker Tesla, which is seeking a cancellation of tariffs along with a refund for duties already paid, other big-name producers such as Ford, Mercedes-Benz and Volvo are suing the US government. The long list of plaintiffs, totaling around 3,500 according to Reuters, also includes the operator of major US pharmacy store chain Walgreen, retail firms from various spheres such as Pep Boys, Home Depot and Target Corporation, as well as clothing company Ralph Lauren and guitar manufacturer Gibson Brands among others.

The world’s two largest economies – the US and China – have been locked in a simmering trade dispute since 2018. While the two sides finally came to a partial truce at the end of last year, known as a phase-one deal, the bulk of Chinese imports are still subject to tariffs. According to the deal, Chinese goods worth around $250 billion remained under 25-percent tariffs, while a 7.5-percent levy was kept for around $120 billion of imports.

Lawsuits challenging the US’ tariff policy came shortly after the World Trade Organisation (WTO) ruled last week that Washington’s trade war with Beijing breached the body’s rules, meaning that the multi-billion dollar duties are essentially illegal. The Trump administration was quick to accuse the body of being “completely inadequate to stop China’s harmful technology practices.” 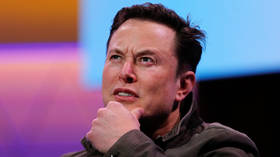