Andrew Conway is feeling refreshed after lockdown and wants to continue his growth as a player.

IF ANDREW CONWAY can pick up where he left off as rugby returns in the coming months, the 29-year-old will resume as one of Ireland’s first-choice wings.

The Munster man’s impressive form last season helped to ensure he went into the 2020 Six Nations as a starter in the back three and he wore the number 14 shirt for all three games of the championship before the campaign was cut short by Covid-19.

Conway was particularly outstanding in a complete performance during Ireland’s win over Wales, making strong defensive reads and tackles, kicking intelligently, excelling under restarts, and nabbing a late bonus-point try with a good finish. 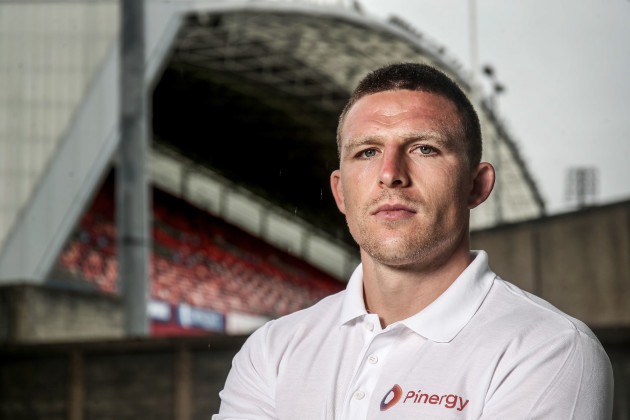 Andrew Conway was speaking as Pinergy announced a re-brand.

Having also impressed during last year’s World Cup – when he pushed hard to break into the starting XV – the last few years have seen Conway’s international career truly take flight. With a genuine feast of rugby ahead of us over the next 12 months, concluding with a Lions tour in South Africa, Conway is determined to continue his growth.

While underlining that hard work is everything, Conway says next year’s Lions tour is a long-term goal.

“If you’re playing international rugby and you’re looking at the schedule and seeing what tour is the following year, then it’s obvious that a Lions tour is coming up,” says Conway.

“I’d have high expectations of myself, I feel like I have a really, really high work-rate. I think what you put in, you get out. I’ll get on that tour if I put the work in and perform. That’s how I’ll be looking at it.”

There will be intense competition for back three spots in Warren Gatland’s squad to take on the world champion Springboks, with players of the calibre of Jonny May, Anthony Watson, Josh Adams, Liam Williams, Elliot Daly, Jacob Stockdale, Stuart Hogg, and some of Conway’s Ireland team-mates sure to be of interest.

But if Conway can reestablish and strengthen his place with Ireland, he knows he will be in the shop window.

“I’m definitely not afraid to say that I want to go on a Lions tour and that’s my ambition.

“But I can say that all I want and there’s probably 60, 70, 80 or 100 players in the four nations that are thinking the same as me. I don’t think it’s something that we need to shy away [from]and I don’t need to be like, ‘Oh, that’s not something I’m thinking of.’ Because it is. 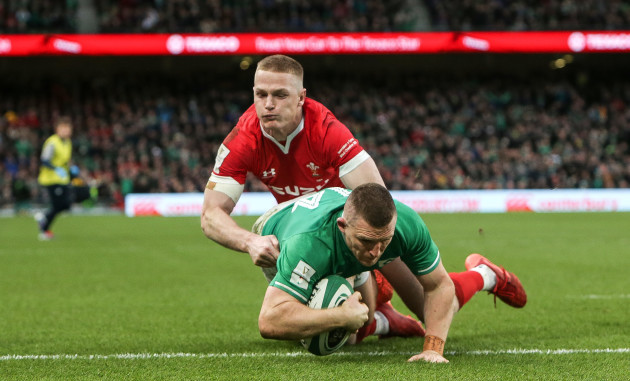 “There’s no point in me lying about it but there’s a lot of work to do to get back playing on the pitch for Munster and get back into the Ireland team. All going well, if you do those things then the outcome will hopefully take care of itself.”

The return to rugby with Munster next month, starting with Pro14 inter-pro clashes against Leinster and Connacht, is where it all starts for Conway.

He feels mentally refreshed from the extended break from playing and collective training during the lockdown, while Conway also says he returned for this pre-season with a new mindset around leadership.

Watching the Last Dance series about Michael Jordan and the Chicago Bulls influenced this thinking, while Conway delved into Bulls coach Phil Jackson’s thoughts on leadership in his fascinating book Eleven Rings after watching the Netflix production.

“I have been quite selfish over the last number of years to get the best out of myself from a personal perspective and performance perspective,” explains Conway. “Hopefully, kicking on with age and being one of the older lads, especially in Munster now, you have to have a bit of a bigger-picture perspective on things.

“Doing the job for the team is about me preparing as best I can but I’m also in a position now where I need to drag people along and help people out, help younger lads out, and change my mindset on that.

“Your own individual performance is the most important thing you can do for the team – but add a few layers to that and bring a few lads along with you.

“Learn from other guys and not just be in your own world the whole time and doing your own thing. Try to engage with lads you haven’t engaged with before. There’s so much learning to be had all over the place if you’re willing to look.” 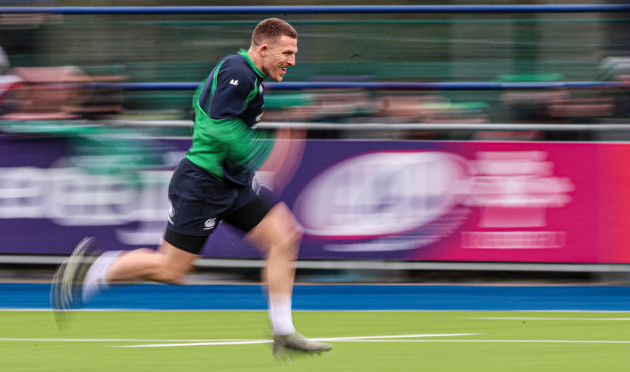 Conway is eager to get back into the red and green jerseys.

It’s another sign of Conway’s intent to continue to improve as a player as he looks towards a season that promises to be busier than ever, with the 2019/20 campaign to be finished before we launch into the 2020/21 edition.

For Ireland, that is set to involve six Test matches in seven weeks from October all the way into early December. While there is no official confirmation on that final schedule just yet – World Rugby hope to get it across the line at a meeting tomorrow – Conway says Irish players won’t have welfare concerns.

“We’re looked after really well in Ireland and we’ve got a big playing group which is really competitive.

“If that’s the case and it’s uncharted territory in terms of how many internationals are going to be plugged into a two-month period, we’re going to be in a good spot that it’s not going to be 15 or 23 lads playing on repeat.

“You’re probably looking at 35 fellas who are chomping at the bit and it’s genuinely really close in a lot of positions from first-choice to third-choice.”

Andrew Conway was speaking as Pinergy re-branded ahead of the return of competitive Irish rugby. Munster fans across Ireland can enter a competition for the chance to “fanergise” the Munster Rugby team by giving them a virtual team talk ahead of their first game back against Leinster in the Guinness Pro14. Fans can enter on Pinergy’s social channels: Instagram / Twitter / Facebook.