Behind the facade of political rhetoric, Russia and the United States have embarked on an impressive show of synergy, with fuel oil becoming a rare demonstration of improving relations. 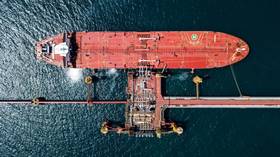 The issue of US-Russia energy ties has been enjoying a bit of media spotlight as President Trump accused Democrats in New England of purchasing Russian crude to the detriment of national economic interests. Technically, this claim is true only to a marginal extent – most of the Russian crude exports to the United States were in reality from Kazakhstan and were only loaded onto vessels in Russia (CPC Blend). Were we to assess strictly crudes that originate in Russia, US refiners have taken in a mere four cargoes this year (2 Urals and 2 Varandey). Yet behind the facade of political rhetoric, Russia and the United States have embarked on an impressive show of synergy, with fuel oil becoming a rare demonstration of mutually beneficial liaison. 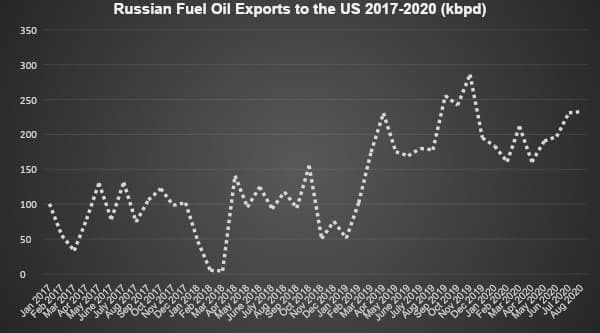 That American refiners would buy Russian fuel oil is by no means a new story, one could find deliveries of the kind way back in 2013 and 2014, albeit quite sporadic in nature. The bilateral fuel oil trade ramped up in early 2018 on the back of two important oil market developments – the OPEC+ crude production curtailments that have compelled Middle Eastern producers to decrease heavier sour exports and the tightening of US sanctions vis-a-vis Venezuela and Iran. All this resulted in much tighter supply to the sophisticated refineries at the US Gulf Coast, not to speak of heavy sour crude’s tangible appreciation. Russian fuel oil, in contrast, has not appreciated that much considering its relatively high Sulphur content and is widely available at a time when its traditional European outlets are drying up.

The history of fuel oil in Russia leads us back to the 1960-1970s when rapidly increasing crude production in the Volga-Urals region has compelled the Soviet authorities to increase its downstream capacities. In those years fuel oil was widely used in electricity generation as most thermal power plants were still configured for it (the general switching to natural gas as the main Russian generation source came about later in the 1980s). Following the Soviet Union’s collapse the position of fuel oil has weakened again as its usage in the military complex and energy-intensive industry plummeted along with the economy of nascent modern-day Russia. As a consequence of the above trends, fuel oil production has been heavily oriented towards exports in the past 20 years. In an unforeseen twist of events, exactly when European buyers have started to drift away from pollution-prone fossil fuel, the United States appeared on the horizon.

The US Gulf Coast’s refiners could be producing vast amounts of fuel oil, too, were they to be less sophisticated than they are. Russia, on the other hand, has traditionally suffered from a tangible discrepancy between its plentiful primary refining capacities and inadequate secondary refining capacities. Under normal circumstances most of the less sophisticated refineries would have died out gradually, however the Russian government introduced a peculiar hydrocarbon taxation regime that more or less saved its vast primary refinery capacities. The export tax for heavy products was pegged to the price of crude, setting the marginal tax rate at 22.4% (a mere third of crude’s marginal tax rate). Obviously enough this was assumed to play out in a price environment where crude prices remain firmly below $50 per barrel. With crude prices skyrocketing in the second half of the 2000s, fuel oil was living its golden era.

This halcyon era needed to come to a close at some point – it was brought to an end almost concurrently by the 2014-2015 price plunge and the Russian authorities’ revamp of crude taxation (also called as the new tax manoeuvre). Interestingly, most of Russia’s fuel oil production comes from a handful of refineries in Northwest Russia – the Kirishi refinery alone produces 6-7 million tons per year of fuel oil, almost one-sixth of the total Russian output. Over the years the delivery routes of Russian fuel oil have changed significantly. Before 2015, Baltic non-Russian ports such as Ventspils, Tallinn or Riga have enjoyed a steady flow from the largest fuel oil producers yet by now most of those conduits have been shut – not only do logistics remain complicated but also the Russian government has been actively promoting (if not mandating) the “safer” domestic routes.

In 2019 Russian refineries have produced a total of 285 million tons of oil products, including a still hefty 47.3 million tons of fuel oil (the all-time high was 77.7 million tons in 2014). Of this, a little more than 4 million tons remained in Russia for domestic usage and 43 million tons went for exports. Attesting to the increasing role the United States’ market plays for fuel oil exports, deliveries there have doubled year-on-year in 2019 to an aggregate of 12.6 million tons, i.e. almost 30% of the total. The overwhelming majority of Russian fuel oil exports to the US are Atlantic – there were only 7 cargoes that loaded in the Far East ports of Vanino and Nakhodka (they went to California and Washington), whilst a whopping 110 cargoes were supplied across the Atlantic Ocean.

Given that the largest fuel oil producers are located in Russia’s northwest, it should come as no surprise that the main loading ports for LSFO and HSFO are located on the Baltic coast, with Ust-Luga taking the prime as the main export terminal. If one is to assess the prospects of future fuel oil trading between the two nations, the probability of the US-Russia fuel oil romance ending anytime soon are rather slim. Judging by this year’s trading volumes, the US will remain the top market outlet for Russian fuel oil (the second-largest Netherlands has 9-10 mtpa) for a considerable time. Serving both as a bunkering and delayed coker feedstock, Russian fuel oil has supplanted the deficient Venezuelan volumes and will continue to do so unless Latin America produces another major heavy sour oil producer. 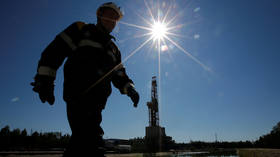