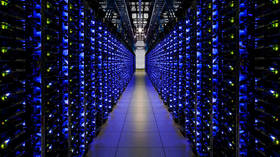 According to IDC research cited by Russian media, the volume of deliveries of data storage systems in Russia stood at $99.64 million in the first quarter of the year. This is 37.9 percent more than during the same period last year.

The sector continued to thrive despite the negative impact of the Covid-19 pandemic, IDC program manager Mikhail Lebedev said, adding that the research firm sees stable demand from businesses.

Meanwhile, Russian company Yadro, part of X Holding IT group, has become the market leader. In monetary terms, it had 18.6 percent of the share in the external storage systems market, 0.2 percent more than Huawei, which topped the list in the previous quarter. The Russian tech firm delivered nearly 65 percent of data storage systems. The US’ Hewlett Packard Enterprise (HPE) and NetApp, and Japan’s Hitachi rounded out the top five.

Yadro is focused on designing and developing server and storage products for enterprise workloads. At the end of last year, the company was four percent behind its Chinese rival in monetary terms, but had already outpaced other companies in volume.