European consumers will benefit from lower gas prices if the underwater pipeline from Russia to Germany, the Nord Stream 2, is completed, energy consultancy Wood Mackenzie said as the US is up in arms trying to stop the project. 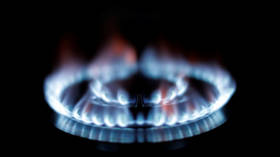 Analysts expect the price for the blue fuel in Europe to drop by up to 25 percent after Russia starts pumping natural gas via the 1,200km route stretching across the Baltic Sea to Germany.

“If Nord Stream 2 remains unfinished, European benchmark TTF gas is expected to average about $4 per million British Thermal Units next year. But if the project can be completed as its backers hope early in 2021, then the average TTF price that year could drop to about $3, we estimate,” analysts at Wood Mackenzie wrote.

The Title Transfer Facility, more commonly known as TTF, is a virtual trading point for natural gas in the Netherlands. The Dutch platform is considered Europe’s benchmark gas market.

Lower gas prices would obviously be “good news” for European consumers and could increase overall gas consumption. The region needs more gas supplies as it gradually replaces coal to switch to more green sources of energy.

However, the completion of the Russia-developed pipeline would challenge US plans to boost its own shipments of liquefied natural gas (LNG) to the region. An increase in imports from Russia would come at the expense of US LNG exporters, according to Wood Mackenzie’s forecast.

“If sales to Europe are constrained again, as they have been this year, that will put downward pressure on Henry Hub prices. The net impact of that in terms of lost revenues for upstream US gas producers could be significant,” the report reads.

The Trump administration has long tried to block the project. When attempts to convince allies (Germany in particular) that Nord Stream 2 would increase European dependency on Russia did not work, Washington started to take real action. Last year, the construction of the gas link was halted as the US threatened to sanction vessels involved in the project, prompting Swiss-based company Allseas to withdraw its ships from Danish waters, where the last unfinished stretch is located. While the move postponed the launch, Russia is nevertheless working to finish the route on its own.

The US has once again stepped up pressure against Russian energy projects recently. Earlier this month, it threatened to impose sanctions on anyone investing in or working on the construction or maintenance of Nord Stream 2 in the future. 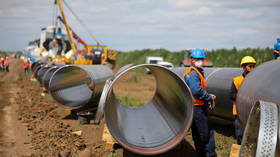