The four-decade era of globalization may be coming to an end, and we could be entering “The Age of Disorder,” which will reshape both economies and politics, Deutsche Bank analysts have said in a new research note. 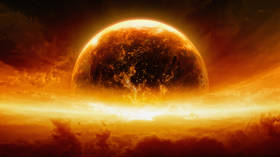 One of the key characteristics of the new era will be the reversal of unfettered globalization, a team of analysts led by strategist Jim Reid predicted. While we saw “the best combined asset price growth of any era in history, with equity and bond returns very strong across the board” since 1980, “the Age of Disorder” is likely to break this trend.

Deteriorating US-China relations is another theme (out of eight) that will define the next distinct era of modern times, “which is hastened, but not caused by, the pandemic.” The analysts note that the Chinese economy will be closing the gap with the US and could finally outperform it by the end of the decade.

“A clash of cultures and interests therefore beckons, especially as China grows closer to being the largest economy in the world,” the report says.

Fortunately, this economic standoff is unlikely to trigger a real military conflict between the two states, as usually happens when a rising power tries to challenge the ruling one. Economic war – with tariffs, sanctions, and attacks in the technology sphere – will go on instead, the analysts believe. No matter who wins the 2020 presidential election in the US, the rift between the two superpowers will grow.

While the coronavirus crisis has already put the European economy at a crossroads, Deutsche Bank says that the next decade may become “a make-or-break decade for Europe.” Among other factors defining the future are higher debt and helicopter money (distributing cash to the public) becoming mainstream – policies which are likely to spike inflation.

Inequality may even get worse in the post-Covid-19 world, before a backlash and reversal takes place, the bank says. Inequality is closely connected with the intergenerational gap, but the analysts expect that the number of younger voters will exceed those born before 1980 by the end of the decade. This could lead to major policy changes in many spheres – from taxes to climate.

“Such a shift in the balance of power could include a harsher inheritance tax regime, less income protection for pensioners, more property taxes, along with greater income and corporates taxes… and all-round more redistributive policies,” the Deutsche Bank report said.

Finally, the next 10 years will show whether the exponential rise of the value of tech companies was worth it. The bank says that they will either start a technology revolution or prove to be the second dot-com bubble. 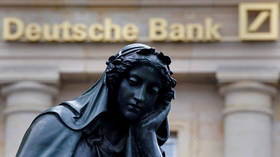