Natural gas prices under $2/MMBtu have hit Appalachian shale gas drillers hard, but the longer the gas glut wears on, the deeper the problems will become. With each passing week, the shale industry reveals more financial stress. 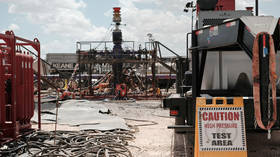 On Monday, analysts at Piper Sandler downgraded their near-term outlook for Range Resources and Gulfport Energy, two Appalachian drillers, to Neutral from Overweight, citing a “deteriorating” outlook. An analyst with the firm pointed to the global glut for LNG, the coronavirus, collapse of prices and force majeure declarations.

US nymex natural gas prices have been trading below $2/MMBtu since January, leading to a selloff in the sector, with particular pain on Appalachian gas drillers. EQT, the largest gas producer in the country, has seen its share prices fall by half since the start of the year, and it is down by 75 percent since late 2018.

Gas production in Appalachia appears to be slamming on the brakes because of the fall in prices, and it will take some time to rebound. “Of course, we may see growth being restored in the medium term, but in our view a sustainable Henry Hub gas-price environment of at least $2.5 per MMBtu is needed for this to happen,” Rystad Energy said in a new report.

The problem for Appalachian gas drillers is that gas output in the Permian is still growing, and it is almost entirely unresponsive to price signals. Shale companies are focused on drilling for oil, and ever-increasing volumes of associated gas are coming out of the ground. At the same time, flaring continues to soar.

Permian gas production growth may begin to slow down, but only because WTI prices have slumped and financial stress continues to sweep over the industry. In other words, low oil prices could cut into gas production. “We expect Permian gross gas production to increase by more than 4.5 billion cubic feet per day between the fourth quarter of 2019 and the fourth quarter of 2021, with the volumes gradually becoming visible in the market when the Permian Highway and Whistler pipelines enter into service or when Mexico is able to absorb a bit more of Permian gas,” Rystad said.

Regardless of production, the financial stress continues, and not just for Appalachia. The entire shale complex is really on shaky ground. Just a quick scan of announcements reveals quite a bit.

On Tuesday, Noble Energy took a $1.1 billion write-down in its natural gas assets in the Eagle Ford, resulting in a fourth-quarter loss of $1.21 billion. The company cut 2020 spending by $400 million compared to an earlier spending plan. Shares were down by 2 percent during midday trading.

Whiting Petroleum, a large Bakken producer, saw its shares crash on Tuesday and trading of its shares were even frozen for a period of time because of extreme volatility. Seeking Alpha reported that there is “speculation that [Whiting] will hire advisors to review its capital structure.” Whiting’s shares were down more than 22 percent during midday trading on Tuesday.

Occidental Petroleum said on Tuesday that it expects to take a $1.7 billion impairment related to some assets that it swallowed up after its $38 billion takeover of Anadarko Petroleum. Occidental’s stock is down by nearly a third since the acquisition.

Even the largest oil companies are under scrutiny. Bloomberg reported that ExxonMobil is cracking down on employee travel, which comes after the oil major reported its worst quarterly profit in nearly four years. Bloomberg says the “austerity measures are unusual,” but it is also a sign of the times.

The next few days could add to the string of negative announcements. Fourth quarter earnings will be made public by Antero Resources, Cabot Oil & Gas and EQT. “I think we’ve seen a good number of write-downs and I think we will see more as people start to factor in lower for longer prices,” Richard Soultanian, president of energy-consulting firm NUS Consulting, told Reuters. 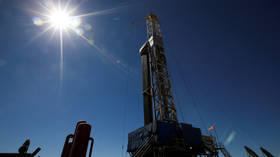