The return of the US shale boom is very unlikely as most companies operating in the industry are set to face bankruptcies due to rising capital costs, Rick Rule, CEO of Sprott US Holdings, told RT’s Boom Bust. 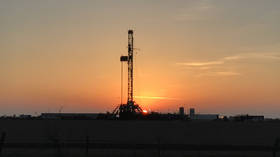 Despite crude prices having already rebounded from April’s lows and being set to climb even higher, the rally will not change much for troubled American shale businesses, the analyst believes.

“The end of the US shale industry as we know it is probably inevitable,” he said. “There are some very efficient producers and some shale producers will do well, but I suspect that we will see a lot of bankruptcies in the shale business.”

After enjoying historically low capital costs for 10 years, the American oil and gas industry is set to face higher costs, which will eventually affect the shale companies. According to Rule, weaker and less efficient competitors will not survive the next 18 or 24 months amid prolonged turmoil in the US shale market.

“We’ll see systematically higher costs of both debt and equity in the US oil and gas industry, which will make the return of the shale boom, that we saw two or three years ago, highly unlikely,” the analyst said.