Tour operators are facing down the barrel of a lost summer.

WITH PUBS, RESTAURANTS and cinemas allowed to reopen next week under Phase Three of the government’s plan, you’d be forgiven for cautiously accepting the Taoiseach’s assessment that “summer is not lost”.

But while that might be the case for many of the capital’s inhabitants, a lost summer is exactly what Dublin-based businesses that rely heavily on international tourists are facing.

In advance of the start of Phase Three, galleries, museums and tour operators in the city have been putting in place health and safety measures to ensure adherence to HSE guidelines for the customers they expect to serve.

For others, formulating back-to-work arrangements has been more complicated.

“The plan is this: There is no plan,” says Gabriel Finn, operations manager at Paddywagon Tours.

His company, which brings tourists on day trips around the country from Dublin and other urban hubs, is completely reliant on international travellers to the country, he says.

In the halcyon pre-Covid days, Paddywagon was preparing for a bumper summer.

“We had 150 staff. We had six hostels. We had four BnBs. We had service departments. We had six gift shops and tourist information centres around the country. We had 10 new buses coming into the fleet for 2020 and business was very strong.

Like many businesses at the moment, Finn’s is floating in a state of suspended animation. Even with the acceleration of the government’s ‘Roadmap for Reopening’, he expects to remain in this state for the foreseeable future.

Currently, Paddywagon’s ability to operate is massively constricted, he says, by the government’s requirement for international travellers to quarantine themselves for a period of two weeks upon arrival.

“We can’t have a plan until the government gets back to us about what they’re doing with the 14-day quarantine period,” Finn says.

“Our business is totally 100% reliant on international tourists. None of them are going to come to Ireland if they have to quarantine for 14 days. People are not booking tours now because of that.”

He believes that if there was some indication of when that measure might be lifted, he’d be able to start virus-proofing his buses with air purifiers and implement deep-cleaning protocols. That would allow him to begin the slow process of bringing back his customers. 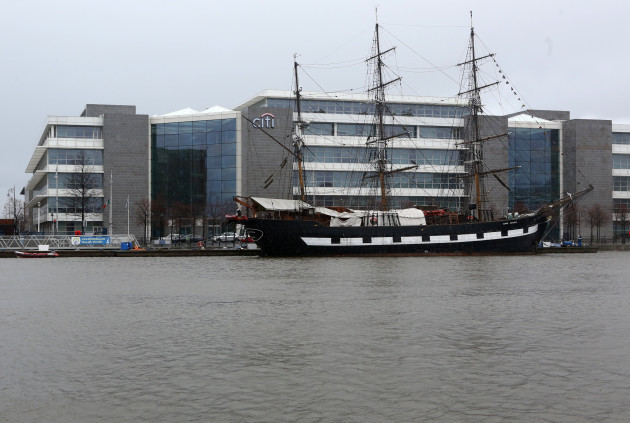 Having survived the last recession and grown its passenger numbers to record levels last year, O’Neill, who has been with the business for 13 years, says that company’s bookings have been all-but wiped out by the pandemic.

“As a tourism business, a huge volume of our booking for the year that we would be relying on for the coming few months was pre-booked by mostly international visitors and schools,” he says.

“When the closures came into play, all of our future bookings were cancelled. So we’ve had our entire order book wiped clean.”

Although he plans to reopen the Jeanie Johnston to customers from next Monday in accordance with Phase Three, the Covid-19 crisis has played havoc with the seasonal rhythms of the tourism sector, which could cause major headaches for operators beyond the summer.

The seasonal nature of the industry is “an inescapable fact of tourism”, he says.

It means that all of the money businesses in the sector earn during the peak season, roughly from March to October, goes towards servicing the outgoings of the business during the “fallow” winter months.

“We have to spend a lot of money in the winter,” O’Neill explains.

“I run a boat on the River Liffey. That boat has to be dry-docked every single year and inspected by the Marine Survey Office. A huge capital outlay is required.

We spend a lot of money attending trade shows, lining up business with other tour operators and other inbound business. We spend a lot of our money on marketing, printing brochures and flyers and developing our web services, and all that happens in the winter months.

Before the season even starts in March, he says, businesses — particularly small and medium-sized operators — are “at the bottom of their chest of money”.

For the shutdown measures to come into force in mid-March, right at the start of the season, O’Neill believes constitutes a “double hit” for tour operators like him.

Tourism businesses reopening from Monday, he says, face a huge challenge to try and recoup some of their losses in just the two months of the season they have left.

Buoyed by a “steady trickle” of new bookings in recent days, he’s optimistic that there will be customers to serve when the Jeanie Johnston reopens next week and the boat tours resume on 10 July.

“We certainly are hopeful”, says O’Neill. “We wouldn’t be considering opening if we didn’t think that there was a chance that people would want to come. It’s been a long three or four months for people and they will want to get out and do things in their own localities.”

Realistic about the future

Peter Gormley says, “The next two to four weeks will tell us a lot.”

He’s a director of Yellow Umbrella Tours, which runs the Dublin Free Walking Tour and a number of popular pub tours around the city.

Although international customers and pub tours — the business’s main revenue streams, he says — are “not coming back” for the moment, Gormley also believes that there will be an appetite for the company’s services.

Currently, his plan is to restart tours from the first weekend in July on Saturdays and Sundays only.

As a mainly outdoor operation, he considers his business “very fortunate”.

I’m hoping we’ll have a handful of people on the tours, probably local, Irish people. Our hope is that when we start to get into August and a bit later, we might start to see some European customers.

Although his guides will have to strictly limit the number of customers on each tour to no more than 15 people, Gormley is thankful that he doesn’t have to jump through as many hoops as a lot of indoor operations.

“Guides will have to wear face coverings and there will be a minimum two-metre distance between all of the guests. We’ll also insist that all guests pre-book the tour and we’ll have contact forms in case there’s a need for contact tracing,” he explains.

“It’s actually not a million miles from what we normally do. Again, the fact that we’re outside is a huge luxury.”

Although he’s hopeful for the business’s prospects of survival, he’s realistic about the future.

“In truth, until we have some kind of widespread vaccination or effective treatments, tourism can’t resume anything like what it was previously. So the idea is to just to try and keep the head above water for 2020.”