London-headquartered multinational bank HSBC took to social media to say it was not, as Chinese media claimed, “fabricating evidence” against Huawei, which led to the arrest of the company’s chief financial officer in Canada. 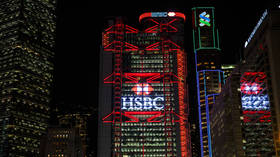 In a now-unavailable post on WeChat, the lender said that its actions did not trigger US investigations into the world’s largest supplier of telecommunications network equipment, as the scrutiny of Huawei for allegedly violating US sanctions on Iran began well before the bank’s involvement in late 2016.

“HSBC does not have any hostility towards Huawei and did not ‘frame’ Huawei,” the bank said on Saturday, adding that it would never distort any facts about its clients. “In response to US DOJ’s [US Justice Department] requests for information, HSBC Group simply presented the objective facts. HSBC did not ‘fabricate’ evidence or ‘hide’ facts.”

The post has been blocked on the platform with a note that it “violates regulations” and is not available now.

The statement comes shortly after multiple Chinese media outlets, including state-linked newspapers, accused HSBC of “conspiring” with Washington to set a trap for Huawei.

The company has been at the epicenter of a diplomatic scandal for more than a year and a half since Huawei CFO Meng Wanzhou was arrested in December 2018 in Canada on a warrant from the US. Meng faces fraud charges for allegedly using a shell company to violate sanctions against Iran and allegedly lying to banks about the link between Huawei and Iranian company Skycom.

According new evidence cited by the Global Times, HSBC was well aware of the Chinese company’s relationship with Skycom. The bank reportedly opted to “collude” with the US government to escape more severe punishment in 2012, when the bank had to admit to money laundering and sanctions violations, including restrictions on Iran. It was ordered at the time to pay around $1.9 billion in penalties and to prevent any similar misconduct.

“The evidence indicated that HSBC understood this relationship but intentionally sold out its customer’s confidential business documents to the US side so that the US government could overlook the British bank’s own misconduct and not punish it under the 2012 Deferred Prosecution Agreement,” the newspaper said in one of its articles on the matter.

In a veiled warning, the Beijing-controlled newspaper added that the lender, if proven to be guilty of this “collusion,” could face “harsh punishment” in China, one of the major markets for HSBC.

It is not the first time the renowned bank has come under fire in recent weeks. Last month, HSBC was lambasted for supporting the new national security law for Hong Kong, the city where its business started and which accounts for over half of its profits. The bank faced criticism from both sides – from the West, with US Secretary of State Mike Pompeo calling the endorsement a “corporate kowtow,” and the East, with the Chinese side reportedly saying that its support was “belated.” 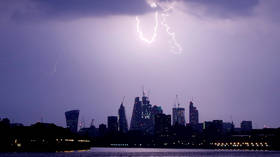