And yet NatWest Group’s decision to wind down Ulster Bank in the Republic of Ireland over the next few years falls into the category of surprising but not unexpected news.

Since last September, it’s been public knowledge that the UK bank was mulling an exit from the market in the 26 counties. A strategic review undertaken by Ulster Bank’s British parent has now paved the way for a gradual wind-down of the bank’s 88 branches in the Republic, where some 2,800 jobs are affected.

A further 600 jobs in Belfast are impacted, although Ulster Bank’s Northern Ireland business is otherwise unaffected.

But it’s a decision that was in the wind for some time and the foundations of this latest development were dug during the 2008 financial crisis.

The question now, for customers and policymakers, is what happens to the bank’s nearly €21 billion loan book? Will it fall to vulture funds like Cerberus and Lone Star, which are reportedly circling, or could the Government in its capacity as a major stakeholder in other Irish banks step in somehow?

What does it all mean for consumers and the thorny issue of competition within the already-diminished post-2008 Irish banking landscape?

Even in the middle of a new, unprecedented global crisis, it’s impossible to talk about the performance of banks like Ulster Bank without mentioning the 2008 banking collapse and the Irish property crash.

Like all Irish banks, the NatWest-owned lender took a pasting, the effects of which have reverberated throughout its results for the past decade.

So deep was the impact of the crash that, after itself being bailed out by the British taxpayer to the tune of £42 billion, NatWest (then called Royal Bank of Scotland) was forced to pump €16 billion in Ulster Bank.

What followed was a decade of job cuts and cost reduction exercises including loan sales, aimed at returning the bank to profitability, which it did in 2014.

As part of a broader restructuring in 2015, RBS hived off Ulster Bank’s operations in the Republic into a new company, separate from the Northern Ireland business.

At the time, the UK parent stated its commitment to its operation in the south but speculation has been rife ever since about a possible sale of the bank. 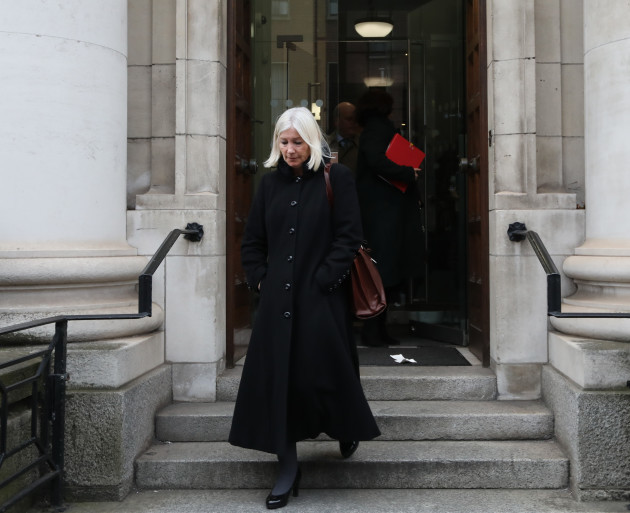 A significant consequence of that split has been the increasing isolation of the southern entity within the broader RBS/NatWest group. Performance-wise, Ulster Bank has lagged behind the rest of the group, delivering a return of 2.3% on equity compared in 2019 compared to the 9.4% across the rest of the group.

Return on equity is a key measure of profitability for banks and, in a nutshell, when it’s low, shareholders get disgruntled.

Banks often blame onerous European Central Bank capital requirements — the amount of liquid assets they have to hold on their books at any time — for this predicament.

But it’s a chicken and egg debate.

The capital requirements for Irish banks are particularly onerous because the risk models used to calculate them are backwards-looking over a set number of years. Currently, they cover the period of the crash when the hens came home to roost for reckless lenders and Irish banks became some of the most loss-making, overstretched institutions in Europe.

The Banking and Payments Federation of Ireland, the main lobby group for the sector, just this week argued that the capital requirements are outdated, given the substantial improvements in regulation since the financial crisis.

However, the ghosts of banking crisis won’t be exorcised from the risk models for a number of years. That could have been a factor in NatWest’s decision to move on from Ulster Bank.

Onerous capital requirements are also one of the main factors that Irish banks blame for the high cost of lending.

But if you’re looking for other reason why mortgage interest rates are higher in Ireland than the eurozone average, lack of competition in the Irish market can’t easily be overlooked.

Since the crash, a host of banks have left these shores; Rabobank and Danske Bank to name a couple of the more memorable exits.

Including Ulster Bank, there are essentially five lenders in the sector.

Two of them, AIB and Bank of Ireland, enjoy close to a 60% share of the mortgage market. Small players like Ulster Bank and Permanent TSB, with roughly 15% of the market each, have never really been able to compete with the bigger banks, an issue that is likely to be compounded by Ulster’s long goodbye over the next few years.

Competition is one question thrown up by NatWest’s decision. Another is what’s going to happen to its €20.5 billion loan book.

Permanent TSB is reportedly sniffing around for Ulster Bank’s small business lending portfolio and a portion of its mortgage book.

Ulster Bank confirmed this morning that AIB has signed a “nonbinding memorandum of understanding” in relation to a €4 billion portfolio of commercial loans.

But the key questions now are over what happens to Ulster Bank’s mortgage book?

Vulture fund Cerberus is reportedly in the mix and although Ulster Bank last year denied that it was in talks with the fund, the prospect of the US-anchored private equity firm taking control of thousands of Irish home loans is already sending shivers up politicians’ spines.

It’s not for nothing that Cerberus is named after the hellhounds of Greek mythology. Its controversial tenure in Ireland over the past decade has been characterised by aggressive repossession and recovery tactics.

Speaking in the Dáil yesterday, Sinn Féin finance spokesperson Pearse Doherty said a sale of Ulster Bank’s mortgage book to Cerberus would be “an unacceptable outcome for homeowners” that “must be avoided at all costs”.

It’s difficult to say how or if it will be avoided. One solution, suggested by Doherty in the Dáil yesterday, would be for the Government to use its financial position in pillar banks AIB, Bank of Ireland or Permanent TSB to create a “third force” in Irish banking.

Once upon a time, that was shorthand for a full merger between PTSB and Ulster Bank, a debate about the merits of which has been rattling along for the guts of a decade.

In this context, it could mean the sale of a substantial tranche of Ulster Bank mortgage book to PTSB, creating a new player with a share of the mortgage market closer to that of AIB and Bank of Ireland.

Responding to Doherty yesterday, Tánaiste Leo Varadkar said he supports the idea of creating a ‘third force’ and so does the Government.

“And if it’s possible to develop a solution on those lines, that’s something that we are exploring and want to explore,” Varadkar said.