Caracas has won the right to file a court appeal on the decision of the English High Court, which blocked the Maduro government from getting back $1 billion in gold held by the Bank of England. 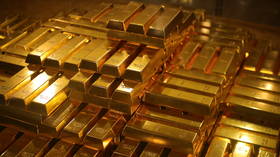 Earlier this month, British judges said that they recognize self-proclaimed leader Juan Guaido and not Nicolas Maduro as Venezuela’s president. The decision was crucial for the long legal battle for the country’s bullion reserves stored in London, as both the Venezuelan government and opposition laid claim to the gold stockpile.

While Venezuela’s central bank (BCV) promised to appeal immediately after the ruling was presented on July 2, its lawyers said on Friday that they were finally granted the right. The appeal is set to be filed as early as next week, according to Bloomberg.

“It is incredibly rare for a trial judge to give leave to appeal against their own judgment, and we are pleased to have been granted a limited appeal,” Sarosh Zaiwalla, a London-based lawyer representing the BCV, said as cited by Reuters.

The Maduro government has been trying to retrieve its gold assets from the Bank of England, saying it needs the funds to cope with the coronavirus outbreak, including for purchasing medicine and equipment. In order to ensure that the money from the sale of the gold won’t end up in the wrong hands and be spent for other purposes – as the opposition alleges – the government wanted to directly transfer it to the United Nations Development Programme (UNDP).

The BoE rejected Venezuela’s request to withdraw its gold in January, which was reportedly at the request of US officials that want to cut off the Maduro government from its overseas assets in addition to harsh sanctions against the country. In May, the BCV filed a legal claim against its British counterpart, with its lawyers pointing out that the UK Foreign Office maintains full diplomatic relations with the Maduro government.