The US Commerce Department has issued a change to its sweeping Huawei ban, saying that it will allow American companies to cooperate with the Chinese tech firm on setting standards for next-generation 5G networks. 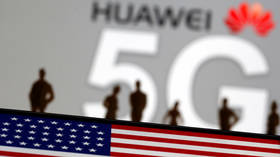 Washington had little choice, as the Chinese telecom giant is the global leader in 5G technology, having filed more than 3,000 patent applications. Ban or no ban, US companies have to pay Huawei for the use of those patents. However, without such cooperation on 5G, American tech firms risk being left behind.

The amendment is meant to ensure that Huawei’s placement on the entity list “does not prevent American companies from contributing to important standards-developing activities despite Huawei’s pervasive participation in standards-development organizations,” said the department.

According to the Commerce Department’s Secretary Wilbur Ross, the action “recognizes the importance of harnessing American ingenuity to advance and protect our economic and national security.”

“The United States will not cede leadership in global innovation,” he said, adding: “The department is committed to protecting US national security and foreign policy interests by encouraging US industry to fully engage and advocate for US technologies to become international standards.”

READ MORE: Huawei’s patent portfolio dominance is its trump card in 5G race with US

Huawei was placed on the US entity list in May 2019, with Washington citing national security concerns, after it accused the Chinese tech major of spying on customers. Huawei has denied the allegations. The Trump administration then prohibited US businesses from dealing with Huawei and its affiliates without special permission.