US midstream companies have seen pipeline utilizations rates crash in recent months, but some of these firms can’t wait for better times and are forced to diversify away from oil. 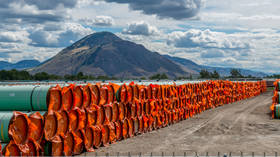 When shale drillers in the world’s largest oil producer started shutting in oil wells that had suddenly become uneconomical, many in the industry breathed a sigh of relief. That would put a floor under oil prices, they expected. And with E&Ps in the spotlight, another part of the oil supply chain remained largely ignored: the midstream. One of the things that made this year’s oil industry’s crisis different from most was that it affected every part of the supply chain. While usually the midstream and downstream would benefit from upstream’s excessive production woes, that was not the case this time, because demand was destroyed by the pandemic.

Why Saudi Arabia will lose the next oil price war

So when shale drillers in the United States started idling rigs and shutting in wells, they started affecting the revenues and viability of their midstream collection, storage, and transport partners. And while demand for oil storage indeed soared, demand for pipeline transportation fell off a cliff.

Pipeline utilization rates in the US fell sharply after the oil price drop in March, Wood Mackenzie analysts said earlier this month. Exploration and production companies are doing what they must to weather the crisis, but this is costing them and their pipeline operators.

“Shale is finally behaving the way shale was intended to behave – flexibly and with an eye to short-cycle investment opportunities,” Wood Mac upstream corporate research analyst Alex Beeker said in the report. “They are doing whatever it takes to survive. Cuts of this magnitude were absolutely the right move, but balance sheets will still be tested this year.”

But, he added, “Many are electing to defer drilling and completion activity, in violation of their minimum volume commitment contracts with midstream companies. They’d rather pay a few million dollars in penalties than drill at current prices.”

A few million dollars would do pipeline operators good, perhaps, but how much good would that be compared with regular pipeline use fees for more than minimum volumes? Now add the chances of dozens of shale drillers going bust because of the crisis, and not being able even to pay these few million dollars in penalties, and the future looks bleak.

US shale’s largest independent producers reported a combined net loss of $26 billion for the first quarter of the year, the Financial Times reported in late May. And this wasn’t even the worst quarter this year, as lockdowns in Western Europe and the United States only began in Q1 but their effects began to be felt fully only in the current quarter.

But besides the losses, these top independent producers also incurred combined write-offs of more than $38 billion during the first quarter, according to Rystad Energy data. Seventeen shale companies have filed for bankruptcy since the start of the year. More are expected to follow. And it will take years before production recovers to pre-crisis levels if it ever does. It looks like midstream companies have a lot to lose, and just a few months ago, there was too much oil for the pipeline network to take.

Lone defectors & possible US shale rise: What could threaten the oil market after OPEC+ deal

Oil production is already down by 1.2 million bpd from a year ago as of June 5, according to the Energy Information Administration. Prices continue lower than most producers need to restart drilling. And yet some are reopening the shut-in wells even at these low prices. This move is all too likely to slow down the coveted price recovery that would help most get back on their feet.

“Very little new drilling makes sense at $35 a barrel (/bbl). On a basin-wide average, the Permian is the only region that can make money at that price level. In order to see a meaningful recovery in drilling and completion activity, we need to see prices north of $45/bbl,” Wood Mac’s Beeker said.

This means midstream operators will have to wait for the situation to get back to normal a while longer. But some of them are not waiting. Some are taking action to diversify to survive.

Canada’s Enbridge, one of the largest pipeline operators in North America, is looking to expand away from oil and into natural gas as well as renewable energy projects.

“We think having a diversified approach, having a gradual approach to the transition through natural gas and renewables makes a lot of sense,” the company’s chief executive Al Monaco said earlier this month.

In that, Enbridge is an exception in the industry, but it may not be an exception for long. The oil crisis was unprecedented and completely unexpected. But once it did happen, what’s to guarantee it won’t happen again?

Just like shale drillers learned to be more flexible after the 2014 crisis and to survive at lower production prices, so too must midstream companies learn to be more flexible after this crisis. And they may do well to diversify away from their core business. Big Oil is doing it, and it is doing it urgently. Maybe they are onto something that could work for the rest of the industry as well. 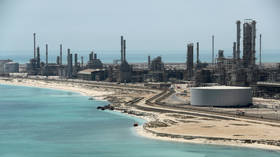 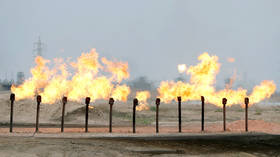