Last week, the High Court ruled that four pub owners are entitled to be compensated by insurer FBD for the disruption their businesses suffered due to the Covid-19 pandemic.

At Leaders’ Questions today, Doherty said there are “thousands more other businesses” who have “identical policies” with the same and other insurers.

He said that in the UK the Financial Conduct Authority “took action” to gather sample insurance policies and took a court action to “ensure a binding result for many businesses as possible”.

“Either the Central Bank intervene as I’ve been calling for as far back as March, or there is going to be a wave of litigation at a cost that is too much for too many small businesses,” Doherty said.

What does this mean? It means an audit of all business interruption insurance policies, it means undertaking intrusive supervision of claim handling, it means handling claims speedily and with the enforcement of a strict sanction regime.

Varadkar, the Tánaiste and Business Minister, said that last week’s High Court decision was “very significant” but noted that the case is “still active”.

“There’s yet to be a decision on the quantum and that will be adjudicated in the courts later this month,” he said.

Varadkar said that the case “could have implications for other small businesses” but he criticised Doherty’s call for him to put pressure on the Central Bank to act.

“Over the course of the past few months and even the past year, you’ve called on the government to intervene to direct the Central Bank to do something.

“I know they’re examining this, but they will make a determination, as an independent Central bank should, independently. They’re not subject to any direction from government, and any calls that you make to government to somehow intervene or direct the Central Bank to do something are totally disingenuous.” 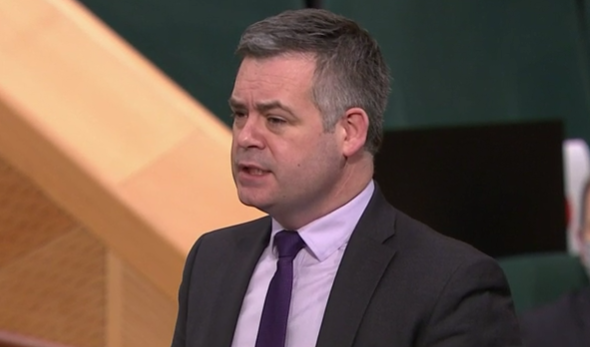 Doherty said that Varadkar’s answer was a “shocking response”. He said that he has met with representatives from the Central Bank to “provide them with documentation in relation to how insurance companies are wriggling out of policies”.

Doherty said there was “nothing preventing a member of the Oireachtas or indeed a Minister from sharing this type of information”.

Varadkar said that the Central Bank was “appraised of this issue long before you did anything about it” and that “the government can’t direct an independent regulator like the Central Bank”.

“In the meantime, the case has happened it was an important test case. I pay tribute to those who took that case. I think it’s good that FBD said that they would cover the cost whatever the outcome,” he added.