O’Grady first appeared on the stage of Ireland’s National Theatre in 1969. 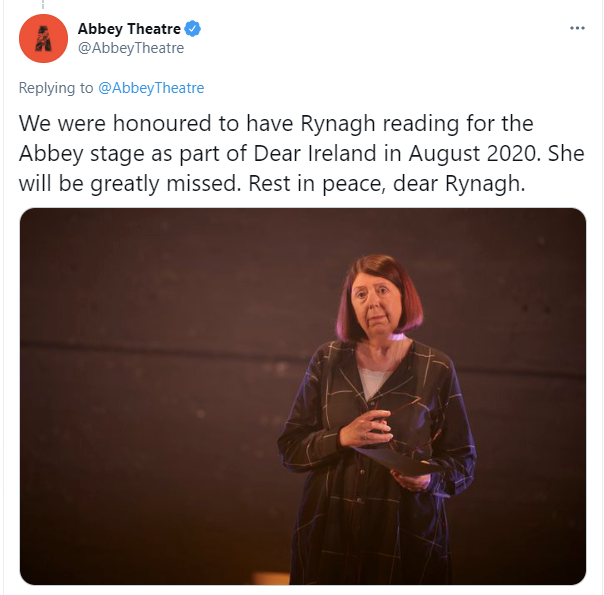 IRISH STAGE AND screen actress Rynagh O’Grady has passed away, the Abbey Theatre has confirmed.

O’Grady trained in the Abbey School of Acting and first appeared on the stage of Ireland’s National Theatre in 1969.

The actor is perhaps best-known to wider audiences for her role as Mary O’Leary in Father Ted. She has also featured in films directed by Warren Beatty and Ron Howard.

In a series of tweets today, the Abbey Theatre said: “We were deeply saddened to hear of the sudden passing of our beloved friend and colleague Rynagh O’Grady. We are thinking of her family and all who loved her.”

Rynagh O Grady
>Her grace
Her talent
Her humour
Her integrity
Her patience
I’d sneak into the back row of the Abbey to watch her hush a hysterical audience with a look, then lead them through a speech full of heart, humanity & justiceIrish theatre got a lot darker today 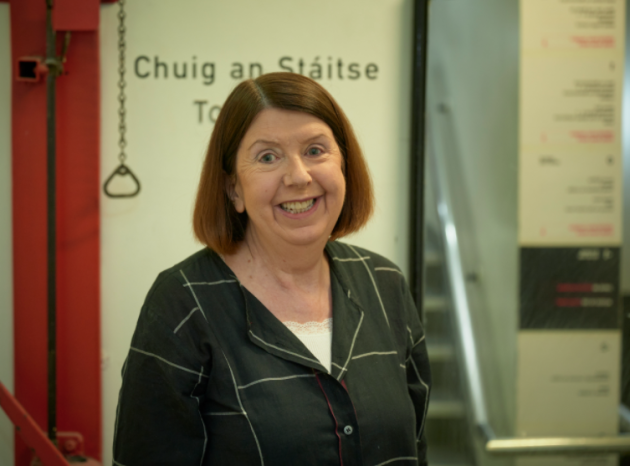 O’Grady’s own website lists the many productions she was part of, including working in London, Poland and the United States.

Speaking about her role in Fr. Ted as one half of John and Mary, O’Grady wrote:

“I was thrilled to play Mary O’Leary in Father Ted. Declan Lowney is one of the nicest directors I have worked with. Arthur and Graham wrote fantastic wacky scripts with this undercurrent of shocking truth. We recorded it in front of a live audience in London, which was good as it gave us something to bounce off.”