I was quoted £4000 to renovate my bathroom, but I saved thousands by doing it myself using Amazon bargains.

If your bathroom is in desperate need of a makeover but you don’t want to spend thousands of pounds on it, look to this DIY-savvy mother for ideas.

Monica Farrelly, a pharmacist and mother of two boys, spent less than £500 to transform her bathroom into a chic monochrome space.

By doing the bathroom herself, the Glasgow mother was able to save thousands of pounds, as she estimates that hiring professionals would have cost around £4,000.

Monica got her ideas from Pinterest and used inexpensive materials like Frenchic paint, Amazon stick-on tiles, and even a free scaffolding board for a shelf.

“I decided to become self-employed as a locum a year ago, giving me better opportunities to do the things I enjoy best – to create interiors, make furniture, and basically just to nurture my creative side,” Monica told the money-saving website LatestDeals.

“The concept for my bathroom grew out of what I had already done in my hallway and kitchen.

“I decided to do it on the cheap because my budget wouldn’t stretch to a brand new suite and tiles after spending so much on the other areas.”

“I took notes on some Facebook groups for ideas and inspiration, and I got a lot of ideas from Pinterest and, of course, my favorite interior magazines.”

“I wanted an industrial feel with natural wood and greenery, as well as a hint of glam,” says the designer.

“My creative process really took off when my partner took our boys to see family in France for a few days, giving me the perfect opportunity to spruce up the bathroom and surprise them when they returned!”

“I approach most of my projects with the mentality of ‘try something, see if it works, if not, change it!’

“I knew I wanted crisp white in the shower area with nearby greenery, and then a more sophisticated industrial-style boudoir for the rest,” says the designer.

Monica detailed the steps she took to create her stunning DIY bathroom.

“First, I used sugar soap to prep the bath panel and the wall tiles throughout the bathroom,” she explained.

This helped to remove any dirt or grime that had accumulated over time.

“After that, I lightly sanded the tiles with a 120 grit orbital sander.”

As a result, the paint adhered better to the surface.

“The toilet roll holder, wall cupboard, and towel rail were all easy to remove, but the old concertina bath screen took a couple of hours.”

“The fixing bracket was attached to the main wall tiles with Rawlplugs and screws, but the thick yellow industrial-type glue was used instead… 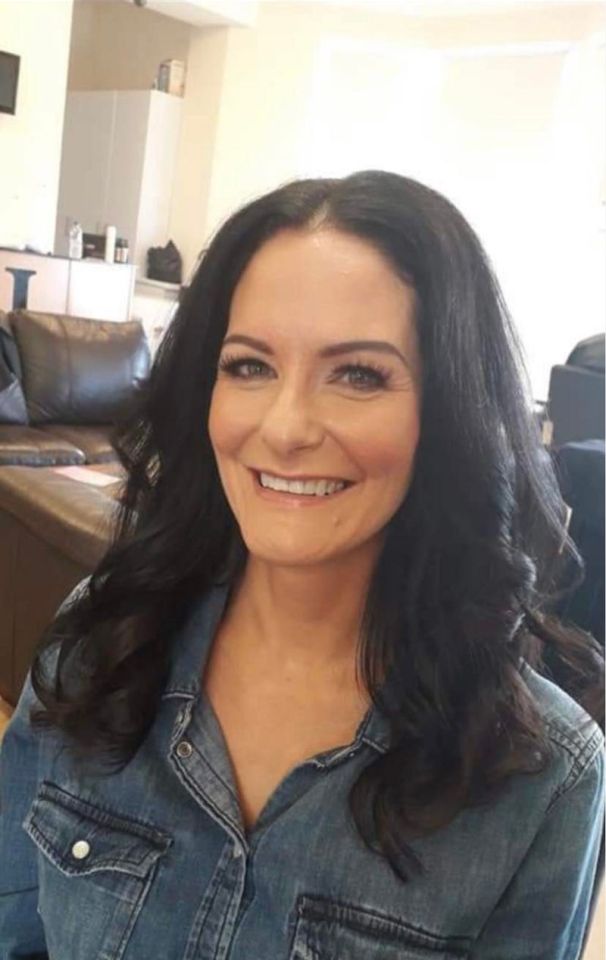 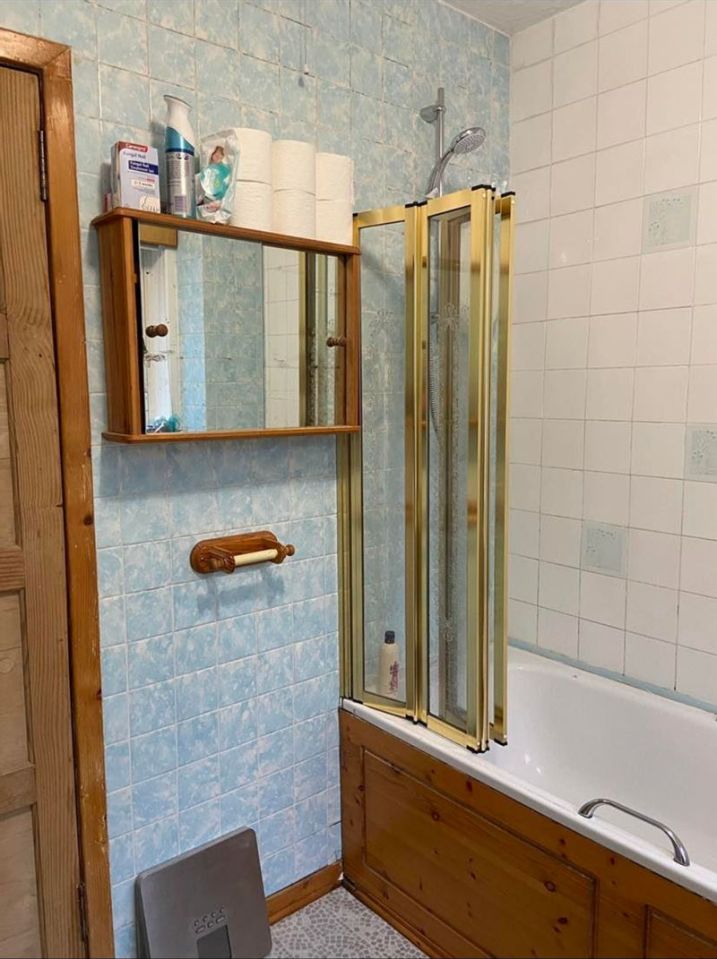 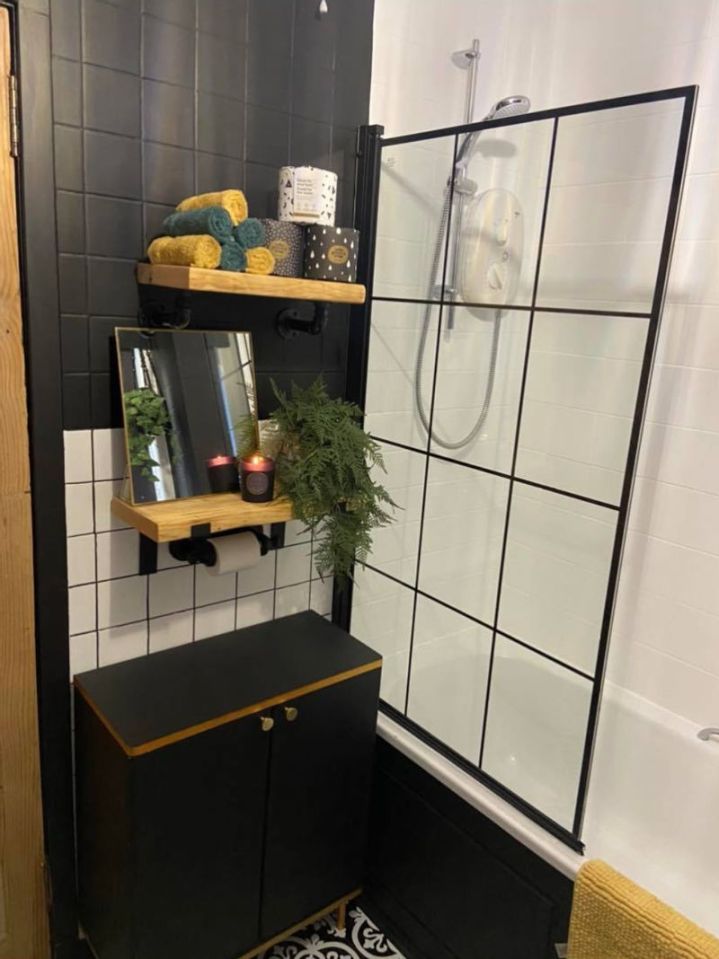 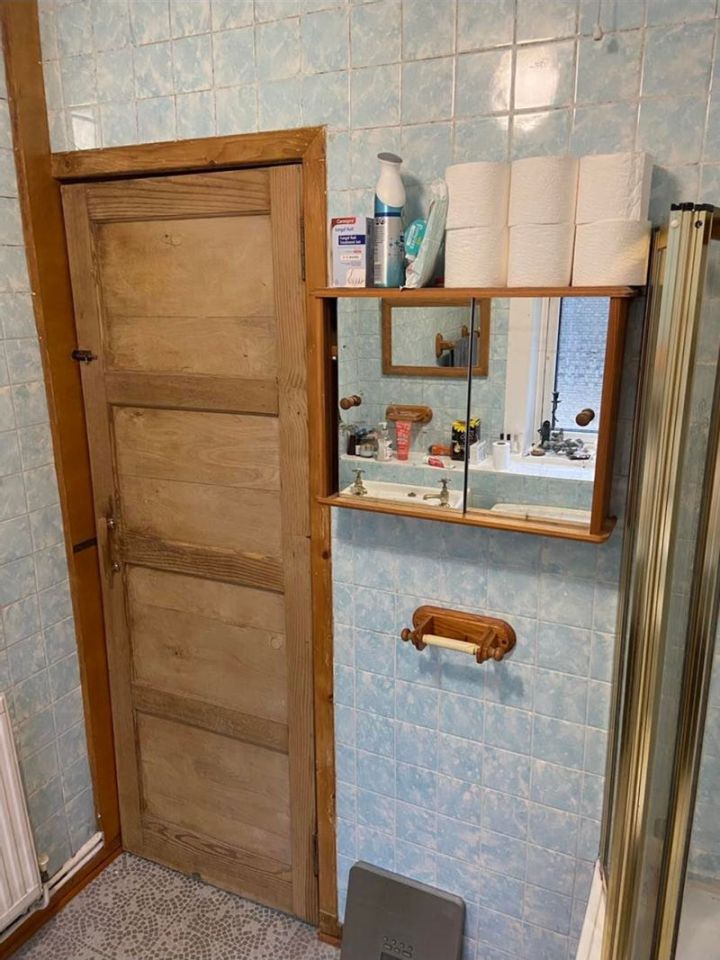 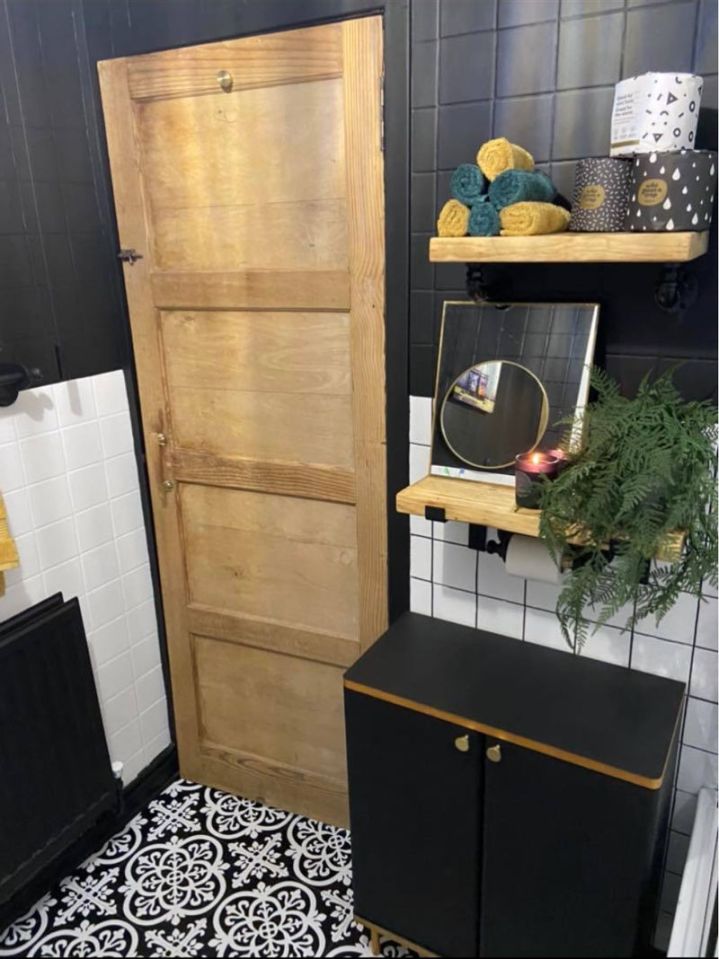 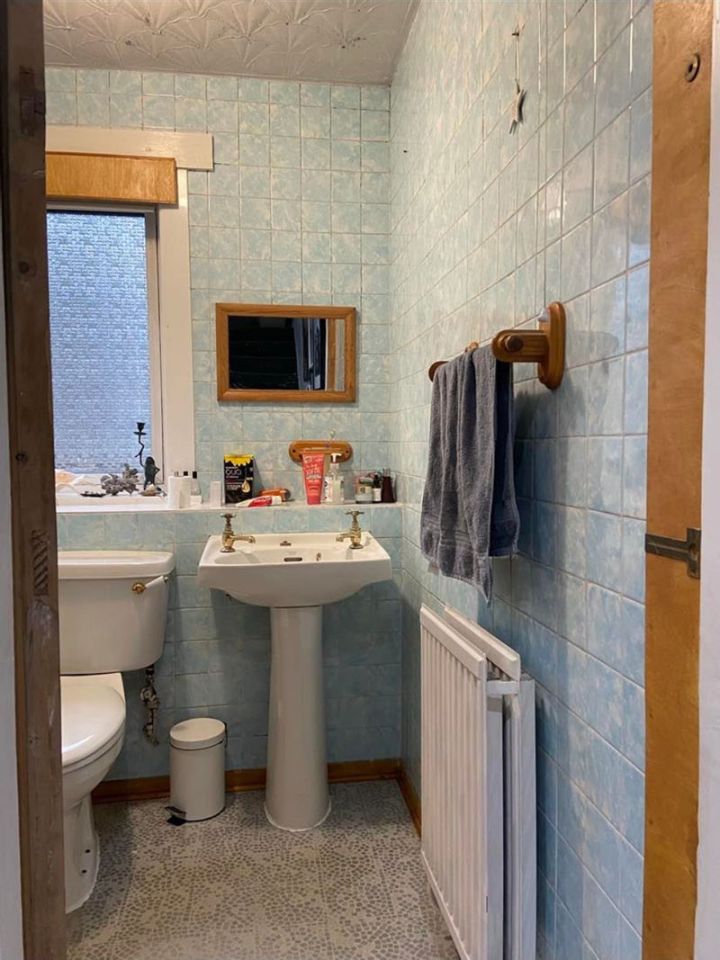 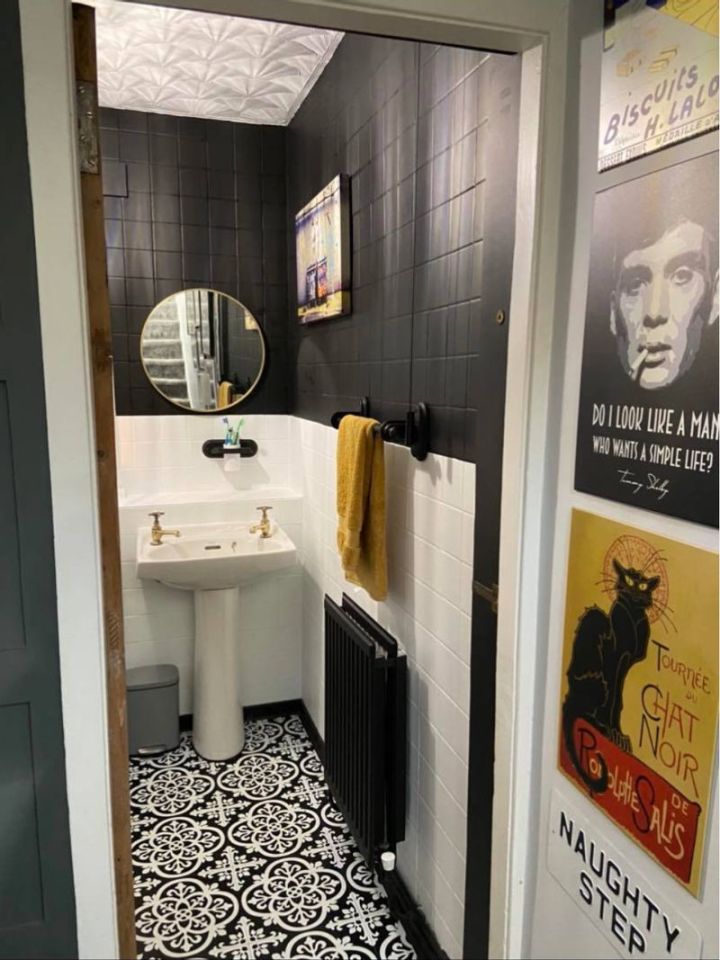