Prince Harry and Meghan Markle married in St. George’s Chapel on May 19, 2018.

In front of 600 guests, including some of the world’s most famous people, George’s Chapel at Windsor Castle was dedicated.

The Duke of Sussex wore his Blues and Royals frockcoat, while the bride wore a Givenchy gown designed by British fashion designer Clare Waight Keller.

When looking back on that day, one person noticed more than who showed up and what they wore.

A human behavior analyst and body language expert has focused on what he refers to as Harry’s older brother’s “panic signals” on that particular day.

Here’s what he had to say about Prince William’s gestures.

Prince William is said to have expressed concern that his younger brother was moving too quickly in his relationship with Meghan, especially since William dated Kate Middleton for several years before proposing.

Allow yourself as much time as you require to get to know this lady.”

That remark is said to have enraged the younger prince, despite his good intentions, and this is when their feud began.

According to Jesus Enrique Rosas aka “The Body Language Guy,” on the day Harry and Meghan said “I do,” William actually showed “signs of panic.”

As he waved to well-wishers gathered outside the church, Rosas said Prince Harry looked confident and at ease.

He did notice, however, “a bit of stiffness in William’s gait.”

Rosas acknowledged that this did not qualify as a “panic” signal on its own.

However, once inside the church, Rosas observed the Duke of Cambridge “releasing his stress” with his right hand by stretching and then releasing his fingers “no less than five times.” Rosas believes William was attempting to relax himself at the time.

The next sign, according to the body language expert, was when the dukes sat next to each other.

“We saw a completely different William when he was looking away from Harry,” Rosas said, adding that he would “clench his jaw.”

Rosas explained that this is a stress-relieving technique similar to finger stretching and releasing. 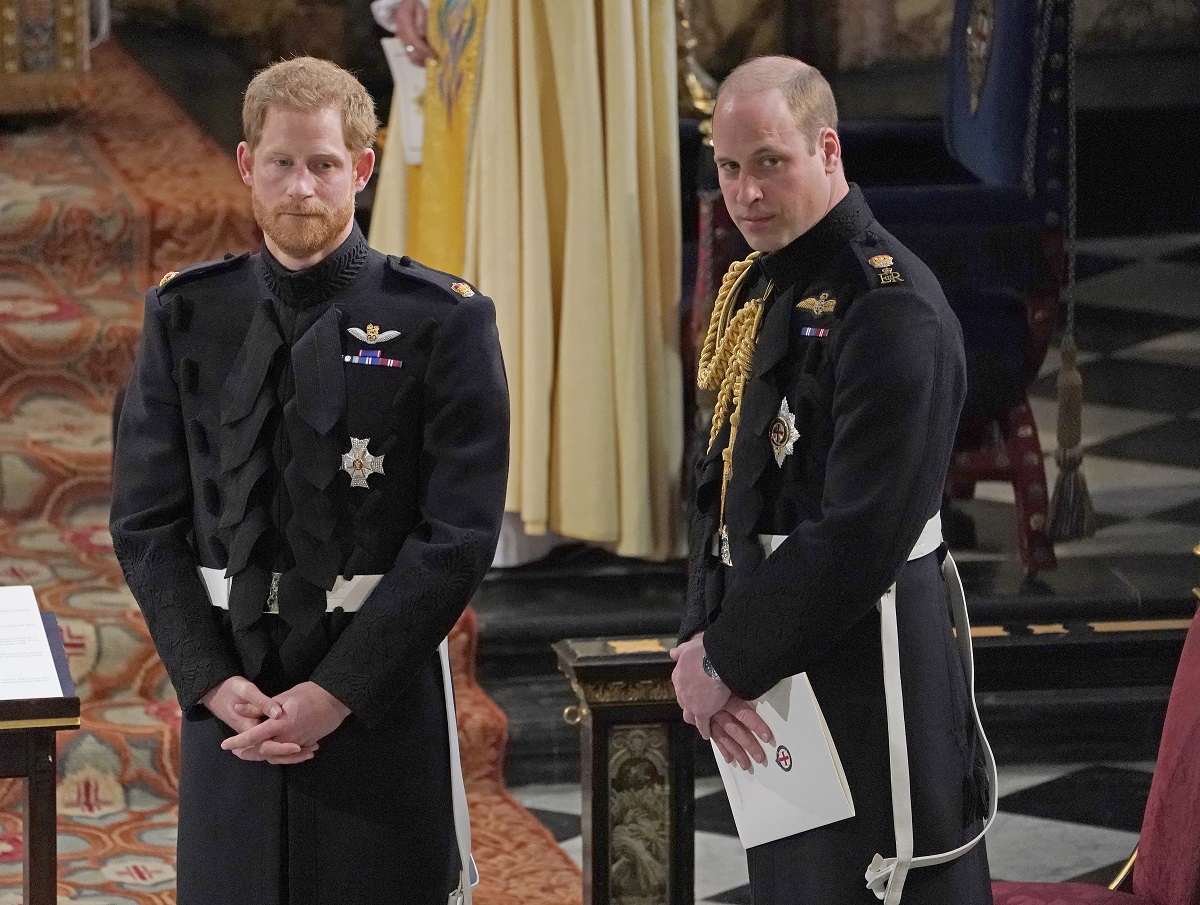