The broadcaster has launched its upcoming season of programming today. 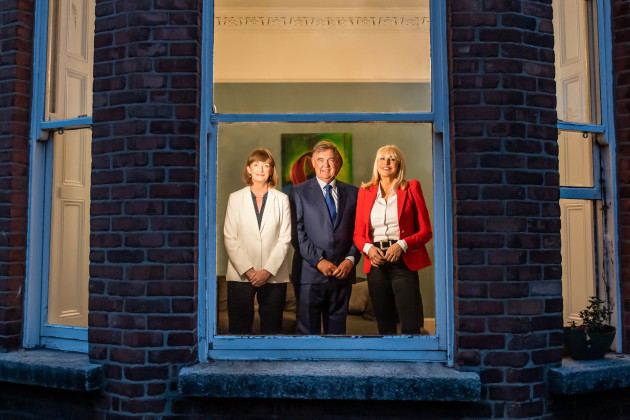 Morning Ireland’s Rachael English, Bryan Dobson – who is moving to the 1pm news – and Miriam O’Callaghan. Because of social distancing requirements this gathering was created using photo editing software.

The national broadcaster launched its autumn/winter schedule today and unveiled a shakeup of its midweek radio coverage as familiar faces move to new slots.

Sarah McInerney and Cormac Ó hEadhra are set to take over on Drivetime from 4.30 pm from Monday to Friday, with current presenter Mary Wilson set to move to the Morning Ireland team.

In another move, Bryan Dobson is set to move from the morning flagship show to lunchtime radio news and will front RTÉ News at One with Bryan Dobson.

And as well as fronting the Late Debate from 10 pm on Tuesdays to Thursdays, Katie Hannon will present Saturday with Katie Hannon at weekends, a slot originally earmarked for Sean O’Rourke before last week’s ‘golfgate’ controversy.

On the small screen, viewers can expect a sense of pre-pandemic familiarity when they tune in this autumn, with the return of Fair City, Prime Time and The Late Late Show, with plans for a Covid-era Toy Show already underway.

The Meaning of Life – formerly presented by the late Gay Byrne – will return too, with Joe Duffy set to take over presenting duties and guests including Vicky Phelan, Sinn Féin leader Mary Lou McDonald, and Blindboy Boatclub among others. 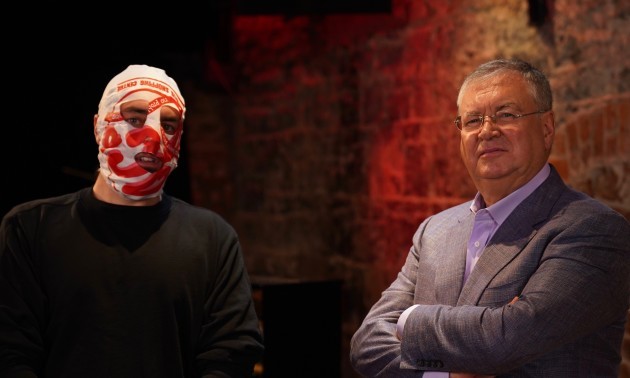 But as well as familiar faces, a range of new programming will also feature on RTÉ over the coming months.

There will be extensive coverage of the US presidential election, fronted by Dobson, Six One news anchor Caitríona Perry, and Washington correspondent Brian O’Donovan.

Meanwhile, the broadcaster has commissioned a number of special documentaries, including a look at the housing crisis, separate portraits of broadcaster Marian Finucane and Martin McGuinness, and an investigation into the murder of Father Niall Molloy.

Coverage of the Decade of Centenaries will continue with history documentaries and series’ across radio and television.

New programming will include pieces about Bloody Sunday, the physical, sexual and emotional violence against women during the War of Independence and Civil War, and Terence MacSwiney’s hunger strike.

However, a number of factual series will also examine the ongoing fallout in Ireland and across the world from Covid-19.

A new documentary, Love and Loss in a Pandemic, will feature seven people who experienced losing a loved one during the coronavirus crisis.

Another documentary, The Other Side, will examine the possible impacts of the virus on the economy, the social contract, education, and spirituality.

And in Taking Ireland’s Pulse, RTÉ will carry out a national poll to find out how people across Ireland feel now and about the future after six months of dealing with Covid-19.

A range of new entertainment programming is also set to feature this autumn. From 6 September, the new six-part drama The South Westerlies will air, following the fortunes of an Irish coastal town earmarked for a Norwegian-owned wind farm.

Meanwhile, there will be a new six-part family thriller written by Kate O’Riordan and starring Dervla Kirwan called Smother, and a six-party mystery set in Victorian-era Dublin called Dead Still.

Fair City will also return on 6 September, while Amy Huberman’s comedy Finding Joy and international dramas Fleabag and Yellowstone will feature on RTÉ screens this autumn as well.