The story of Fernando Tenducci is told through a new CD of songs he would have sung back in the 18th century.

BACK IN THE late 18th century, the name Giusto Fernando Tenducci was one which brought with it tales of talent and scandal.

Now the life of the singer is being explored by the Irish Baroque Orchestra, which has released a record that it dubs the “recreation of a concert experience in Ireland” during Tenducci’s time.

Tenducci was a castrato opera singer, born in Siena. Castrato singers were castrated before they reached puberty, a frankly unthinkable practice that led to them having a singing voice equivalent to a soprano, mezzo-soprano or contralto. The practice of castration for this purpose grew less popular in the late 1800s, being made illegal in Italy by 1870.

Peter Whelan from the Irish Baroque Orchestra is the conductor on the record, and told TheJournal.ie why they chose to focus on Tenducci.

“Tenducci is a personality who’s coming from this school of the barbaric practice of castrati, at the tail end of the heyday of castrati,” he explained. “He’s a character who’s moving forward in history and he’s winning over audiences – he can sing simple songs directly, like Irish and Scottish tunes. He’s a different kind of celebrity – that’s what won people over, what a rascal he was. He was always running away; it’s a swashbuckling tale – he was running away from debtors.”

Tenducci even spent time in Cork jail. Tenducci’s visit to Ireland came around 20 years after Handel’s visit for his Messiah performance. “He was one of the biggest celebrities of his time,” said Whelan. “It was fascinating reading about him. He was not only a great singer but he had amazing composers writing music for him. He even gave singing lessons to Mozart.”

What we know about Tenducci is that he was born in 1736, and trained at the Naples Conservatory. He sang in London in 1758, and visited Ireland after this, singing and also arranging operas for Smock Alley Theatre (yes, the theatre which remains standing today).

But while in Dublin, he met the teenager Dorothea Maunsell – daughter of a prominent barrister – in 1765. Their relationship was seen as scandalous, for Maunsell was just 15. But the pair married in 1766 (when she was 16), and a license for the marriage was granted a year later. The details of the marriage were detailed by Berry in an article about the union.

She gives the witness testimony of a Mary Holland, who was Tenducci’s former landlady. She described the marriage as “suspicious”, given the bride’s age and the fact it took place at night.

Berry describes how Maunsell’s family were “enraged” by the marriage, though it was consensual. 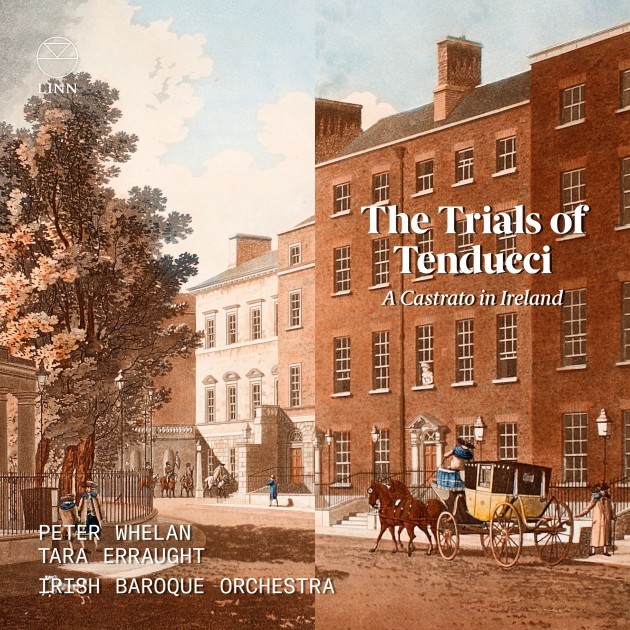 The marriage was later annulled, and the court case around the annullment was when more information was made public. Maunsell married again, a man named William Long Kingsman.

Whelan said that whenever he shares Tenducci’s story, people can’t believe the details. Tenducci’s life was written about by Helen Berry in the book The Castrato and his wife.

“It’s a good telling of the story from her perspective. It is also the feminist point of view because Tenducci’s eventual wife told her side of the story in a pamphlet, which was one of the first ever teenage girl ‘magazines’. There was huge publicity.”

But as Whelan pointed out, Tenducci’s story also helps to illuminate Ireland’s relationship to classical music of the 18th century.

“Personally I’ve always been fascinated by classical music in Ireland,” he said. While in school he learned that Handel’s Messiah was performed on Fishamble St. “For some reason I found that really fascinating,” he said. He went on to study music and this fascination stayed with him.

“I was always really curious about what had happened – what it might be to live in the time of Handel, and how Dublin was for him. There was very little information about either side of Handel’s visit – it was like he just arrived and performed the Messiah.”

But as Whelan looked into things, he realised that “there were good reasons why he came to Ireland in the first place”. He learned that Ireland had a “really thriving music scene – Dublin at the time was within the British Isles the second biggest city after London.”

He felt like “an amateur sleuth” trying to put together the story of the time. One of the aims of the Irish Baroque Orchestra is to recover Irish music from 1700s, to educate people and “bring back to life the heritage Irish people have with classical music, which is a bit of surprise for lots of people to find out about”. 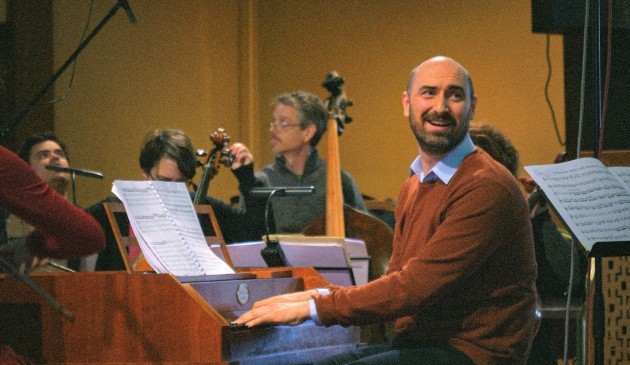 Some of the songs on the disc were chosen after a bit of digging. “But they are absolutely beautiful music – they deserve to have the dust blown off them,” said Whelan. The CD also includes familiar composers like Mozart.

“There are a few shocks as well. There were people writing symphonies in Ireland at the time which are really avant garde, forward-looking pieces,” he added. “Ireland at the time was a really cosmopolitan place. People were really interested in knowing the fashions on the continent.”

Whelan said the orchestra wanted to show: “What a colourful character Tenducci was and how colourful the theatre and musical life was in Ireland in the 1700s.”

Above all, its work is to show that Ireland’s musical history is perhaps broader than some might think. “I know growing up in Ireland and being in the classical music world you always feel like it belongs to someone else, or is an import to Ireland. But the more we look into these things the more we realise it’s owned by Ireland.

“As long as classical music has been a thing it has been in Ireland. And with opera we have always punched above our weight.” Soprano Tara Erraught takes over Tenducci’s role on the CD, which was recorded just before lockdown. The Irish Baroque Orchestra hasn’t been able to take this record on the road, and like all groups the members have found themselves grounded by the pandemic.

But Whelan is hopeful that in future months they will find themselves on tour again. “People are really being optimistic and making things happen,” he said.

And as he says about creating this latest album: “The music doesn’t really exist unless you’re playing it to an audience.”

The Trials Of Tenducci can be bought from the Irish Baroque Orchestra website.