The film cost a reputed $200 million to make and is one of the year’s biggest releases.

EVERY YEAR HAS its big movies, and this year Tenet is one of the 2020 tentpoles for Irish cinemas.

But the Christopher Nolan-directed film has even more riding on it than usual – as we explored last night – as cinemas are hoping it will attract more people back to cinemas.

It’s also a film that marks yet another big moment in Nolan’s career. He is arguably at the peak of his powers: a director who counts both cineastes and blockbuster-lovers among his fans. He can provide people with technically to-the-point movies on 70mm film, but also bring punters well-known faces and stunning vistas on the screen.

Since his breakthrough film, Memento (starring Guy Pearce), and on through The Prestige, Interstellar and Inception, Nolan has shown that he wants to bring twisty, multi-layered stories to life.

He breathed new energy into a darker Batman for The Dark Knight trilogy, and even tackled a real-life topic with his last film, Dunkirk. He has a reputation for being smart, a perfectionist, and the kind of director who pays attention to every last detail in his films. Even when, like in Tenet, he brings up a notch, he keeps the majority of his effects in camera. 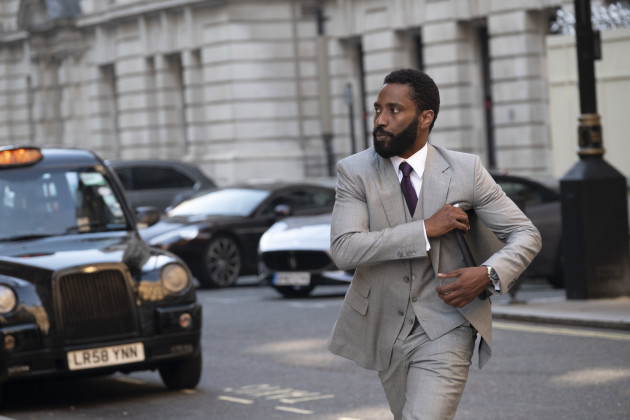 Last week, the cast of Tenet, along with Christopher Nolan and Emma Thomas, his producer and wife (they met in college), gathered to answer journalists’ questions about Tenet.

Tenet brings us a story that… well, we can’t spoil it. But we can say that it stars John David Washington as Protagonist, the, er, protagonist of the film. He’s a CIA agent who’s tasked with preventing WWIII. Along the way he teams up with Neil (Robert Pattinson), and they end up meeting Kat (Elizabeth Debicki), who is married to the nefarious Russian gangster Andrei Sator (Kenneth Branagh with a hell of an accent).

The film reportedly cost an eye-watering $200+ million to make (though Nolan has made films for around that before). That perhaps makes sense when you think that for one scene they crashed a real plane into a hangar.

How it was made

Nolan had been working on the twisty-turny story for years. “There’s certain images and certain devices in the film that I’ve been thinking about for a long time, you know, decades really,” he said. “And people who know my earlier work will recognise some of the tropes like the bullet coming out of the wall and going back into the gun. It’s something that’s portrayed metaphorically or used for metaphorical purpose and momentum. But here, we try to actually make it concrete, make it a real thing.” 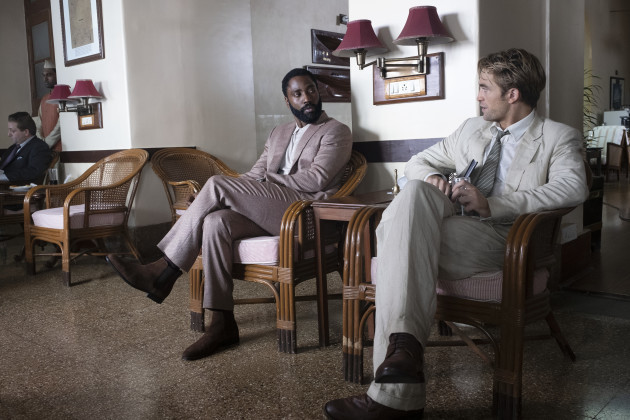 When Nolan finishes a script, he hands it to Thomas, who is tasked with making all his ideas come to life. She said she is “always a little bit nervous when he presents a finished script, because you kind of wonder what on earth this is gonna be”. That’s because “it could be anything”.

“But the truth is, you know, when I first read his scripts, I try and read them just as movies and I just read them as what they’re ultimately going to be: as an experience for an audience,” she said. After that, she finds it an easier experience to figure out how to make the thing. It’s all about creating that experience.

John David Washington – son of Denzel – is perhaps most familiar to audiences from Spike Lee’s Blackkklansman. In Tenet, he gets to showcase his action film chops to aplomb. He plays Protagnoist with plenty of seriousness, but with a welcome edge of levity.

Washington spoke of Protagonist being willing to die for his beliefs, but also having a vulnerability that he can use as a strength. He also said that on the action side of things, a huge amount of training went into the film, and that it was like “getting ready for Christopher Nolan University”. 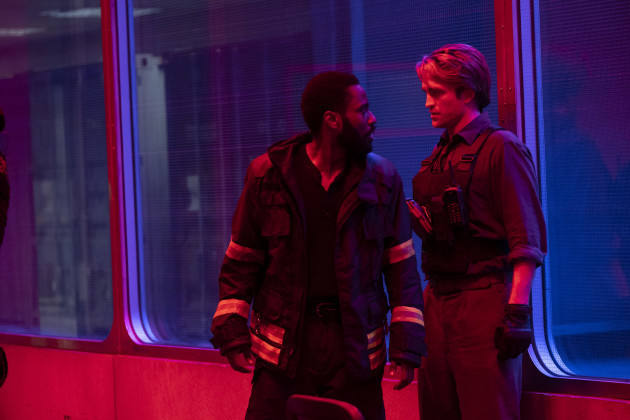 Robert Pattinson’s character Neil, meanwhile, has multiple layers to him.

“You have to sort of make it a part of the character’s consciousness, like he’s strangely aware of the layers of his own character,” said Pattinson. “Which is quite an unusual thing to play. But yeah, it’s fun. I mean, I’m trying to figure out a very complex and difficult character and also within a very complex and intricate world. I think once I sort of realised that you can play Neil as someone who enjoys the chaotic situation he’s in then that seemed to be the kind of touchstone for the rest of the character.”

Australian actress Elizabeth Debicki, meanwhile, plays the rare female character with a hefty back story in a Nolan film. Though he has had female protagonists before (like Jessica Chastain in Interstellar), or major female characters like Maggie Gyllenhaal as Rachel Dawes in The Dark Knight, he has been criticised over the depths, or lack thereof, to these women. Debicki has a meaty – and tragic – backstory that adds heft to her role. 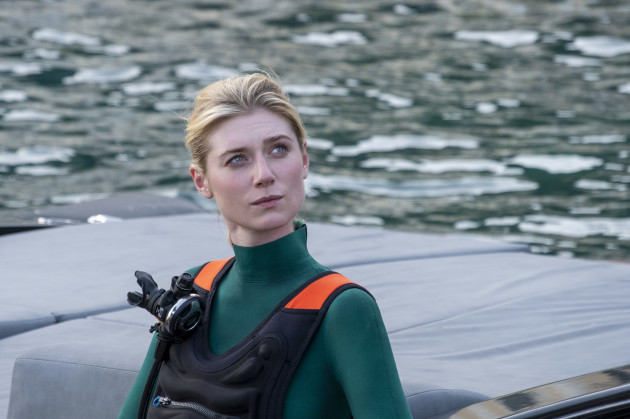 “She’s kind of many contradictions rolled into one. And I think that when I first read her on the page, I found such a note of authenticity with how Chris had written her,” said Debicki.

“I opened the script up to a woman who was sort of at war with so many pieces of herself. And I think what I also loved was the really complex psychological journey that she goes on through this film.

And she gets involved with something that she would never otherwise be involved with. And I suppose it’s sort of a journey of discovery of her own resilience, which I love.

She also loved that “we get to see a woman really fight for her own freedom, but also learn that she has agency within the storylines as well”.

Debicki described it as “a bit revolutionary, actually, what Chris did with her, and what I tried to do with her in a way, to have her be a representation of that in the genre”.

“He’s a man who plays fast and loose with his own soul,” said Branagh. “The consequences for humanity are absolutely appalling. He strikes a devil’s bargain, as Chris wrote about it, and it grants him this terrifying power. But it also curses him with this terrifying loneliness. So I didn’t have to find any of that. It was all on the page.”

When he saw the film, Branagh said that his character “scared me so much”.

All the actors praised Nolan for his focus, with Washington saying: “I’ve never felt so encouraged as an artist to try and fail or whatever, you know, just to try things and to be experimental at times”.

The film’s soundtrack is big, and at times almost overwhelming (anyone who’s seen Uncut Gems earlier this year will know what to expect). Instead of Nolan’s usual collaborator Hans Zimmer, he got young Swedish composer and producer Ludwig Goransson to create the electronic-leaning score.

Goransson got involved early. Nolan never uses temp tracks on his films, preferring to score straight to it.

“I understood pretty quickly that this is a world that we’ve never seen before or experienced before,” said Goransson. “So I knew that we would need a different sound and a different quality of music and sound that sounds completely different to anything [before].”

Some of the score even includes distorted clips of Nolan breathing.

“I would get an email like once every three weeks like ‘we’re in Tallinn, we’re in Mumbai. We’re in all these different parts of the world’. And he was like, ‘I was listening to your music here. And this reminded me of this’,” said Goransson of Nolan. “It was a very collaborative experience all the way from beginning to end.” 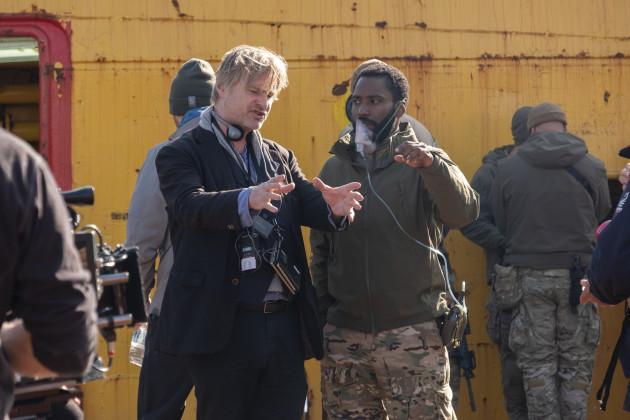 Nolan with Washington on set

When it comes to the plot of Tenet, Nolan said that he was “trying to construct as engaging a spy story as possible”, and spent a long time ”trying to reconcile the peculiarities of construction that were required in the script to explain and embrace the concepts of time in the script”.

It was a lot about “reconciling concept and genre”, he said.

Time is played with, toyed with and pulled apart in Tenet. Inspiration came from the work of MC Escher (which won’t surprise Nolan fans – think of that staircase scene in Inception).  “I tend to think in diagrammatic terms when I’m writing and try and lay out directions of time and how they might fold in on each other and so forth,” said Nolan.

The film contains multiple set pieces, across a number of different countries. One of the big moments is when an aeroplane crashes into a hangar. Yes, a real aeroplane. No CGI here.

“That sequence in particular, it took an awful long time to prep,” said Thomas. “Just from a logistical standpoint, we were doing something at an airport, which is a working airport. And that’s not traditionally what they do at that airport. It was definitely a sort of a big challenge with all the permissions and working out how we were going to do it.” 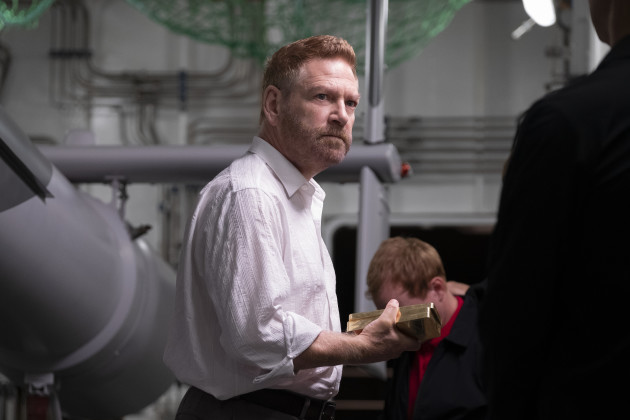 She added: “But I think that, you know, with this film, it felt like there was something like that every other week, there was another big action set piece. And I think that oftentimes, the biggest challenges are when you’re doing things that might even in some ways seem to be fairly ordinary. You know, driving down a highway in Tallinn or whatever it is, but it’s just the thing of just the scale of what it is we’re having to do. It’s like shutting [the highway]down for three weeks in the middle of the city.”

But she said that in the places they shot ”they welcomed us with open arms” and most of them “saw the value of what it was that we were doing, and wanted to be a part of it”.

The film includes a number of intense and complex fight scenes. Nolan sat in with his stunt team very early on. “We looked at a lot of different fight moves and how they could be manipulated through time and over time. And we actually had a very intensive rehearsal period,” said Nolan.

The physical choreography of the film is one of the things that we approach first, and spent a lot of time in prep, working with very talented stunt people, as well as some dancers as well and looking at dance choreography and how that could inform things.

There’s a definite Bond film feel to Tenet, and it transpires that in particular Nolan is a big fan of The Spy Who Loved Me, starring Roger Moore. “What I’ve tried to retain from that experience [of seeing it as a child]is the feeling of possibility that you could jump through that screen and go anywhere in the world and see the most amazing things,” said Nolan.

“It had such scale and, you know, such possibilities really, it was pure escapism and an excellent sort of fantasy component to it as well. You know, the car that turns into a submarine and all that stuff…” said Nolan,

“I think I’ve spent a lot of my career trying to get back to that feeling and try to give that feeling to audiences.

“You know, take you back to that sense of wonderment about the possibilities of what movies can do and where they can take you.”

Tenet is in cinemas now.