We have trailers for films you can check out at this year’s Virgin Media Dublin International Film Festival.

EVERY THURSDAY EVENING, we bring you three trailers for films that are out this weekend.

The films might be on streaming services, or on television. This week we have a special edition of Trailer Watch, with a focus on films that are on at the Virgin Media Dublin International Film Festival, which runs until 14 March online.

You can buy your tickets at Diff.ie, and check out the rest of the great programme while you’re there. The times and dates are below – but most screenings offer the chance to watch the film up to 72 hours after release time.

The debut film from Greek director Christos Nikou couldn’t have more interesting timing – it’s about a mysterious pandemic that causes people to develop sudden amnesia. The central character finds himself in a recovery program designed to help him recover,

Is There Anybody Out There? 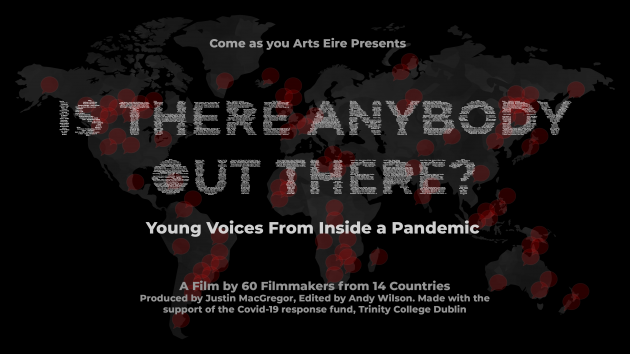 When the pandemic first hit, film students from Trinity College Dublin picked up their cameras and captured what happened. Read our interview with two of them.

Into the World/Voir Le Jour

This French film stars the great Sandrine Bonnaire (Vagabond) as a midwife working in a busy maternity hospital. The film charts the pressures and dramas that surround her and her colleagues.

Christian Petzold (director of Transit)’s latest film stars his frequent collaborators Paula Beer and Franz Rogowski. Beer plays a German historian called Undine who is betrayed by her boyfriend – and is called to the water…

Which one would you watch first?