Alzheimer’s disease: A vitamin that may protect against the fatal disease

According to scientists, a VITAMIN found in a variety of foods may help prevent Alzheimer’s disease.

The progressively worsening disease, which affects hundreds of thousands of Britons each year, has no cure.

However, a team led by Professor Jessica Tanis of the University of Delaware has discovered new information about how it can be avoided.

They conducted their research using worms, which become completely paralyzed when they develop Alzheimer’s disease.

A build-up of proteins in and around brain cells is thought to cause Alzheimer’s disease, the most common form of dementia.

The protein amyloid, which forms plaques around brain cells and destroys memory, is one of the proteins involved.

Prof Tanis and colleagues discovered that these proteins prevent adult worms from wriggling within 36 hours of reaching adulthood.

They used this to figure out what changes in the worm’s diet could prevent Alzheimer’s disease, and discovered that a key vitamin was protective.

While worms are obviously not human, they are useful in Alzheimer’s research.

“The worms we use all have the same genetic background, they react to amyloid beta like humans do, and we can precisely control what they eat, so we can get down to the molecular mechanisms at work,” Prof Tanis said.

The team discovered that while all of the worms were fed E coli, one strain of E coli had higher levels of vitamin B12 than the others after years of research.

“When we gave vitamin B12 to the worms that were vitamin B12 deficient, paralysis occurred much more slowly, which told us right away that B12 was beneficial,” Prof Tanis said.

“B12-deficient worms had higher energy levels and less oxidative stress in their cells.”

The study, published in Cell Reports, found that supplementing the diet with the vitamin only worked if the animals were deficient in it.

B12 had no effect on the amount of amyloid in the worms, implying that it instead neutralizes its effects.

“We’ve basically identified this molecular pathway and we’re looking to see what else it activates,” Prof Tanis said.

“We’re looking into whether B12 can protect people from neurodegenerative diseases like ALS and Parkinson’s.

“At this time, there is no effective Alzheimer’s disease treatment.”

“Some things you can’t change, like your age or a genetic predisposition to Alzheimer’s disease.”

“However, you do have some control over what you eat.

It would be fantastic if people could alter their diet to prevent disease. 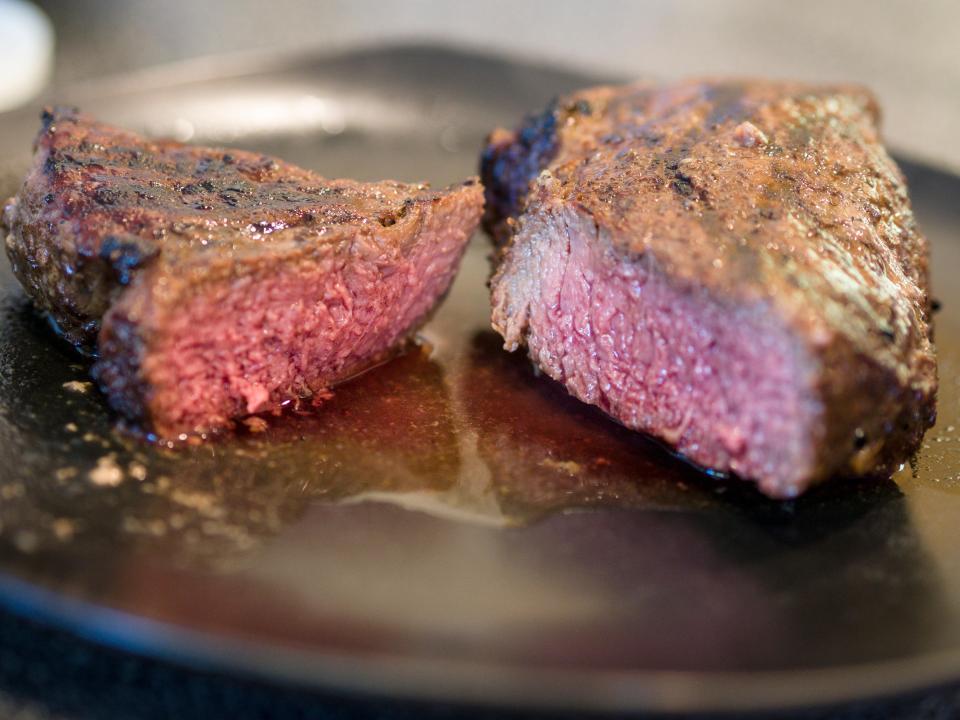