Are you one of the seven out of ten men who are unaware of the warning signs of deadly cancer?

Despite the fact that prostate cancer is the most common type of cancer in men, few of them are aware of its symptoms.

Prostate cancer affects one in every eight men at some point in their lives.

The majority of men with early prostate cancer have no symptoms, and unlike other types of cancer, there is no free NHS screening test.

However, there are some warning signs that should never be ignored because they could mean the difference between receiving treatment early or not.

Because they don’t always show up, it’s also crucial to know who is the most vulnerable.

The prostate is a walnut-sized gland located beneath the bladder that is responsible for excreting urine and producing sperm.

According to a YouGov poll, seven out of ten men (68%) are unaware of prostate cancer symptoms.

Only one in every eight men recognized the most well-known symptom: the need to urinate more frequently.

According to Prostate Cancer UK, men may notice the following changes:

If prostate cancer has spread, it can result in the following complications:

“Prostate cancer is the most common cancer in men, so it’s particularly concerning that most men don’t know some basic facts about the disease,” said Amy Rylance, head of improving care at Prostate Cancer UK.

This means that men can’t afford to wait for symptoms before acting; instead, they should think about their risk.”

However, the survey found that 62% of men in their 50s were unaware of the disease’s symptoms.

A family history of prostate cancer and being black are the other two main risk factors for prostate cancer, with black men being more likely to be diagnosed at a younger age.

Despite the fact that one in every five men has had their prostate checked by a doctor, many are hesitant to get checked out.

One-fifth of all men (18%) say they are “not very” or “not at all” willing to take such a test, with 6% saying they would never have one.

Men with a higher chance of being diagnosed are encouraged to speak with their doctor. 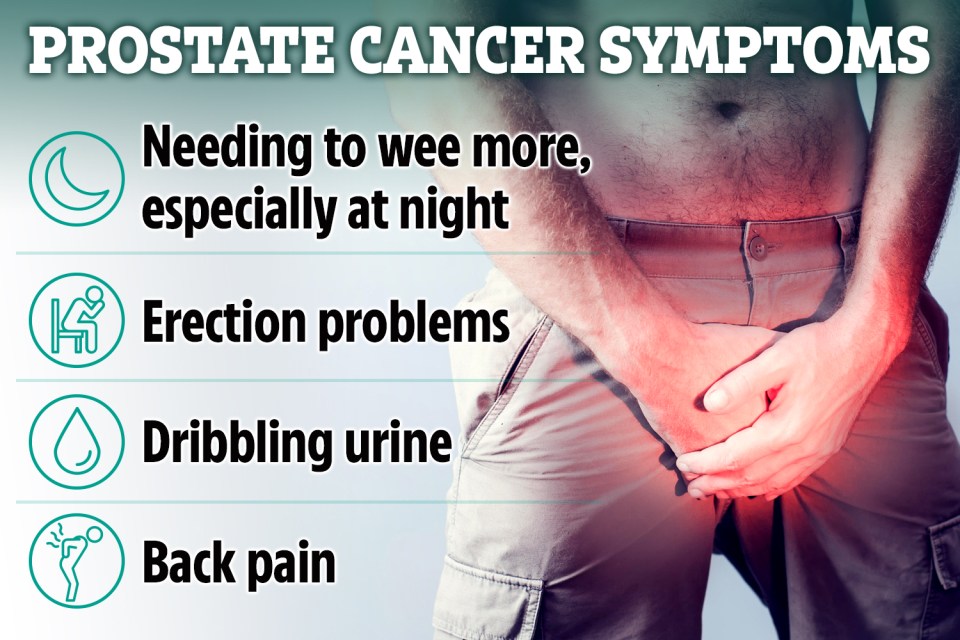