Cancer: The ‘fleeting’ symptom you should always check out – plus 5 more warning signs

One of the obstacles to an early cancer diagnosis is the difficulty in recognizing the symptoms.

They have a tendency to go unnoticed for far too long.

If you have any strange or new symptoms, it’s always best to get them checked out as soon as possible.

Pain, night sweats, unexplained weight loss, a lump or swelling, or fatigue are just a few of the common symptoms that almost all cancer patients experience.

“It’s critical to be aware of any new or concerning symptoms,” the NHS advises.

“Although it’s unlikely to be cancer, you should see a doctor so they can investigate.”

Although testicular cancer is uncommon, it is diagnosed in around 2,354 men each year, resulting in 60 deaths.

In the United Kingdom, 99 percent of men live for a year or longer after being diagnosed, and 98 percent live for five years or longer.

In the UK, one in every 215 men will be diagnosed with testicular cancer at some point in their lives, usually between the ages of 15 and 50.

The most common symptom is a painless swelling or lump in one of the testicles, which is why it’s important to check the scrotum on a regular basis to get used to how it should feel.

The swelling or lump may be the size of a pea, but it could also be much larger.

Second, a change in the shape or texture of the testicles could be a precursor.

Firmness, a difference in appearance, and a feeling of heaviness are some of the less common testicular cancer symptoms.

However, according to the NHS, one symptom “may come and go.”

A dull ache or sharp pain in the testicles or scrotum can occur in people with the disease.

“There can occasionally be some fleeting pain, but generally there is none; just a change in the texture or shape of the testicles and a lump that can be felt,” former NHS worker Michael Carson told the Express.

It is critical to have your health checked just in case.

Pain in the testicle, on the other hand, isn’t usually cancer.

Inflammation (orchitis or epididymitis), fluid build-up (hydrocele), or kidney stones could be the cause.

The majority of lumps on the scrotum are caused by something else as well, such as swollen blood vessels (varicoceles) or cysts.

Testicular cancer is usually treated by removing the affected testicle surgically, but this can be replaced with a prosthetic.

The patient will be infertile if both testicles are removed, but some men may be able to conceive… 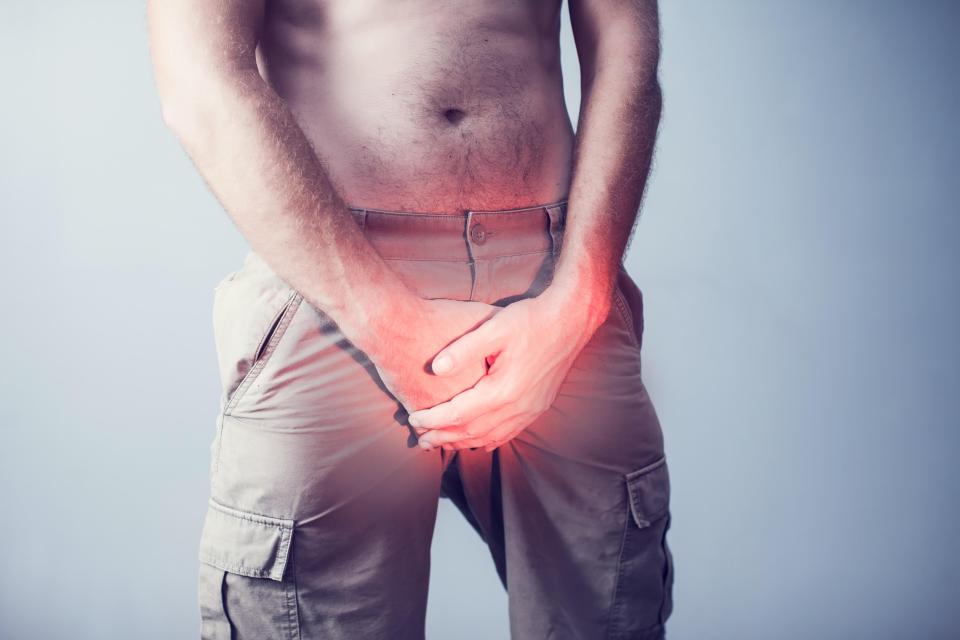