Expert warns that if you don’t get boosters, your Christmas could be jeopardized because 1 in 4 people with a ‘cold’ actually has Covid.

Experts warn that Christmas could be jeopardized unless people get their Covid booster shots.

According to a study, cases are on the rise once more, and many people will be unaware that they are infected because the disease is masked by cold symptoms.

According to the ZOE COVID Study, 76,728 new people in the UK are diagnosed with symptomatic Covid every day, up from 65,059 the week before.

Professor Tim Spector, the study’s lead scientist, believes it is “far too high” and that it is “up to us to save Christmas.”

“Seeing cases on the rise again is disheartening, and unlike previous waves, the recent ups and downs make it difficult to predict where things will be week to week,” he said.

“However, the message for me is that the number of cases is still far too high.”

Despite the fact that we appear to be doing better than some European countries in terms of case numbers for the time being, the UK continues to have relatively high hospital admissions and deaths, which is cause for concern.

“While the government is unlikely to impose restrictions for the holidays, family gatherings will undoubtedly increase risk, particularly for older and more vulnerable family members who haven’t yet received their third vaccine dose.”

“It is up to us to save Christmas.

Those of us who are eligible for the third vaccine should get it right away.”

It comes after the government warned that those who are eligible for a booster have only two weeks to get one if they want to be fully protected by Christmas.

The last day to get a top-up dose and expect more than 90% protection against illness and hospitalization by December 25 is December 11.

The R rate is above one in all countries except Scotland, according to the ZOE study, indicating that the outbreak is spreading.

In terms of prevalence, 1 in 66 people in the UK has symptomatic Covid, which excludes those who have no symptoms.

The current epidemic is primarily driven by cases among those under the age of 17, with approximately 31,000 people developing symptoms each day.

Adults, however, are not protected, according to Prof Spector.

A spike in cases has also been observed in the 35 to 55 age group, but cases in the elderly have remained stable, owing to booster doses.

Positive Covid cases have risen by 11% in a week, according to government data.

Because of the outbreak’s ups and downs since July, the number of cases has remained relatively stable, but high, over time.

The number of people admitted to the hospital in the last seven days (5,703) has increased… 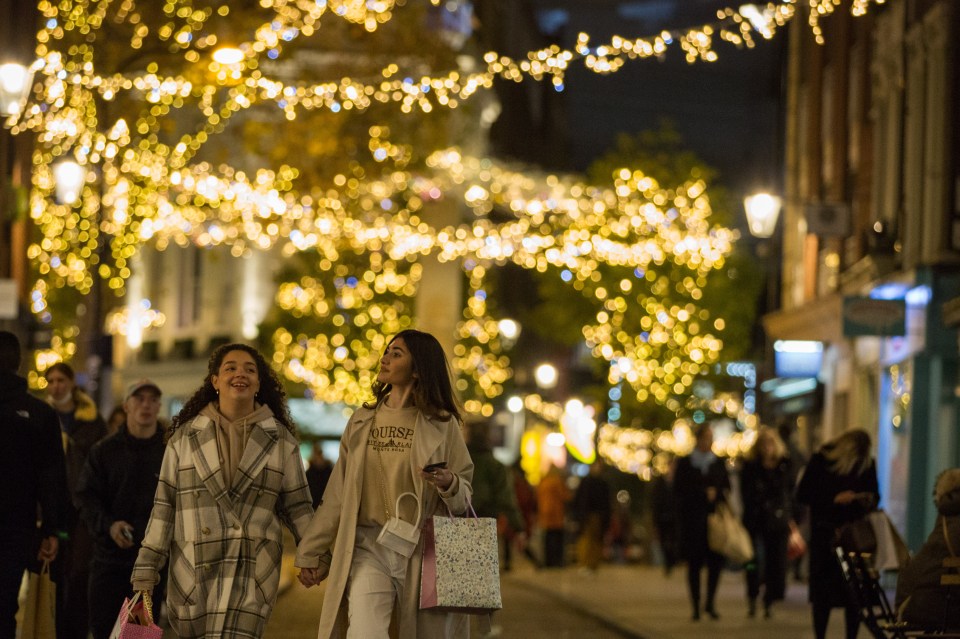 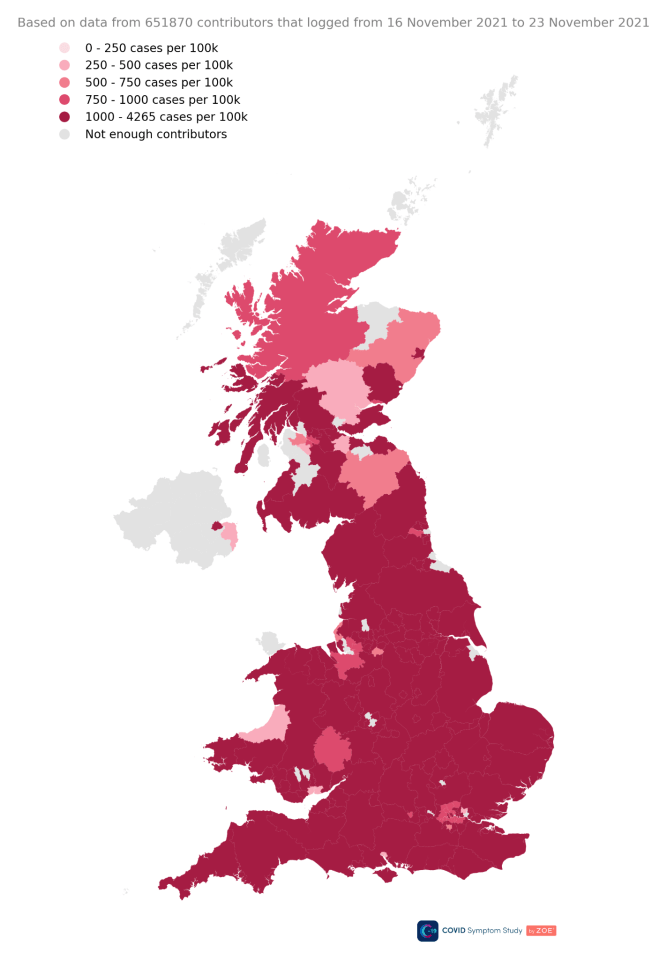 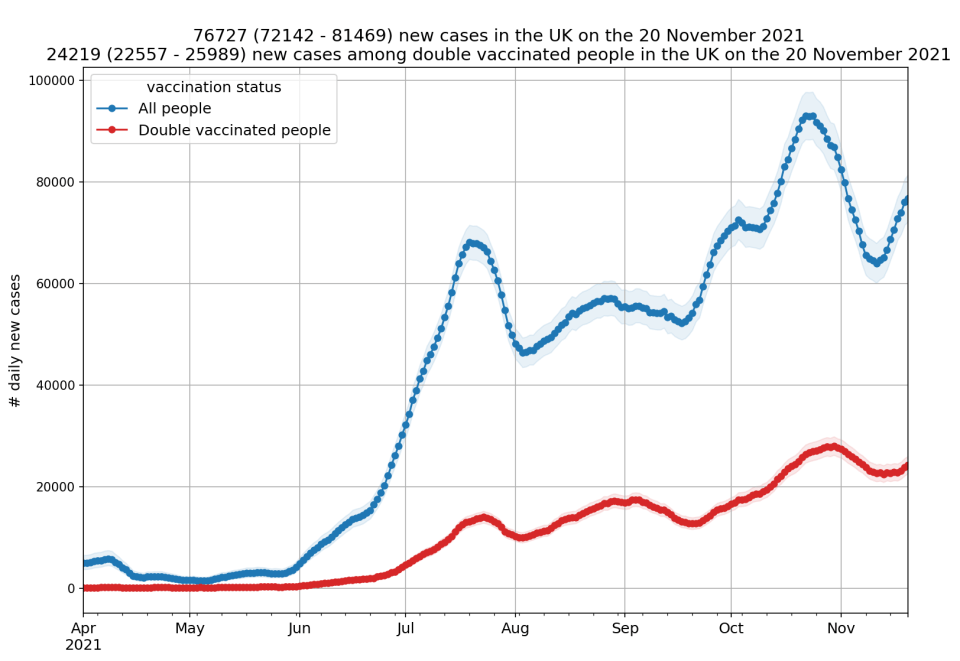 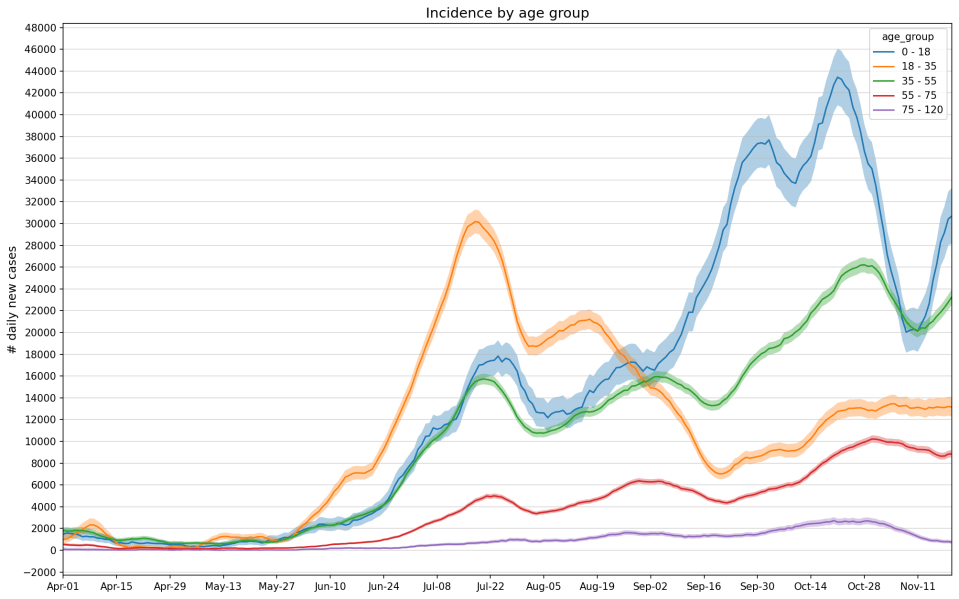 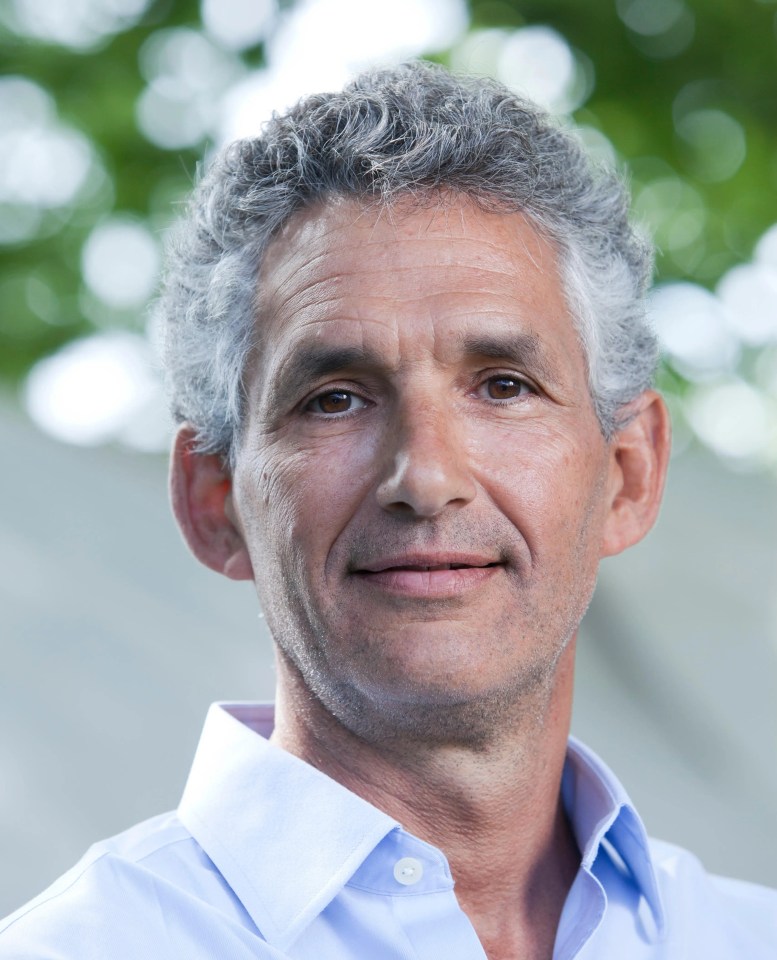 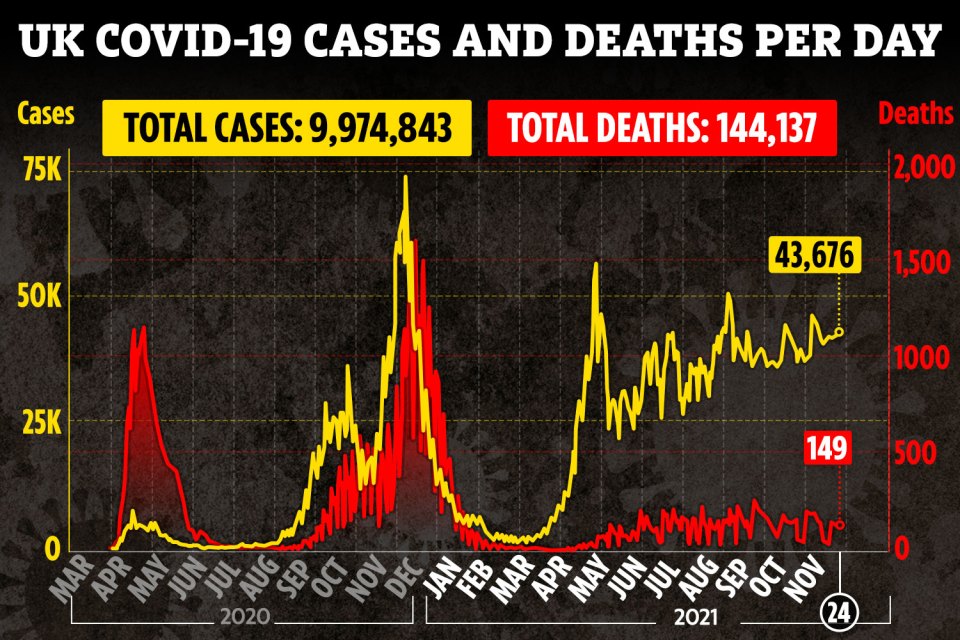