A breakthrough is achieved by scientists as they successfully invented  micro robots for medicine that they can control, manipulate to do their bidding, and can soon be used for treating hard to reach areas within the human body with microsurgery.

The Pennsylvania State University’s new invention of the tiny biohybrid  robots did not use any form of “shrink ray” as those do not exist yet, instead an invention made by the scientists from its nanorobotics division aimed to mass-produce and use for revolutionary medicine.

The researchers recently posted the recent breakthrough study on Wednesday, August 26, found on the Nature journal entitled ‘Electronically integrated, mass-manufactured, microscopic robots.’ Scientist of the study boasts a significant innovation that sets their microscopic nanobots apart from the rest.

The robots were made from semiconductor components that are currently controlled and manipulated by electrical signals that can merge with traditional circuits. The scientists were challenged because of the absence of present technology in an actuator system that is microscopic, who will then power the robots.

The scientists surpassed this test and were able to create a new technology to support their horde of microscopic devices. The team is optimistic and focused on actually creating its brains and battery for a more complex version of the robots that can be inserted inside the body and use for microscopic surgery.

Several problems have occurred and challenged the team in developing their robots. Their main concern was to be able to control the robot despite its size and make it do their bidding, as what it is made for. A thing of that size currently cannot be fitted by machines and processors readily available in the market.

Most microscopic robots perform using the thermal, optical, and acoustic actuators that are not compatible with the design’s silicon-make. So, the scientists facilitated an invention of new voltage-regulated electrochemical actuators that operates at a low 200 microvolts and low 10-nanowatt power that is suitable for the silicon processing of the robots.

This discovery and invention set their research apart from other developing microscopic medical robots because scientists can now control and function the devices.

According to Inverse, the technology is called surface electrochemical actuators or SEA, as written by the authors. SEA can perform and turn energy into the movement of the robots. This design enables the microscopic robots to maintain a sustainable force, robustness, and a small curvature radius.

The scientists fitted the microscopic robots with the SEA actuator and produced a body that is 0.4 milimmeters wide and 0.7 milimmeters long, with legs that measure about 0.1 milimmeters wide which is roughly the size of a human hair.

The micro robot in the blood is referred to as a marionette, more commonly known as a puppet that is pulled on by strings for its movement; However, in the robot’s case, controlled by an external source. The scientists created a horde of microscopic robots and tested it using laser technology that controls their movement when pointed at their solar cells. The front and back legs absorb ions from the laser light and thus creating movement.

The scientists abided by the fifty-year-old Moore’s Law that talks about having more advanced technology as it scales into a smaller size. Currently, the design and mobility of the microscopic robots are rugged, but scientists are developing it for the devices to be readily available for micro-surgery.

These microscopic robots will have the capability to revolutionize medicine with its cheap production cost.

ALSO READ: Bird Deaths Caused by Turbine Can be Reduce Up to 70% Using This Paint 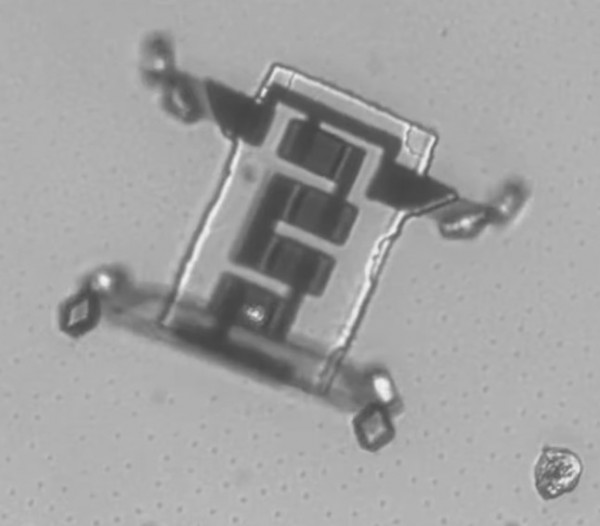 Microscopic Robots in the human body 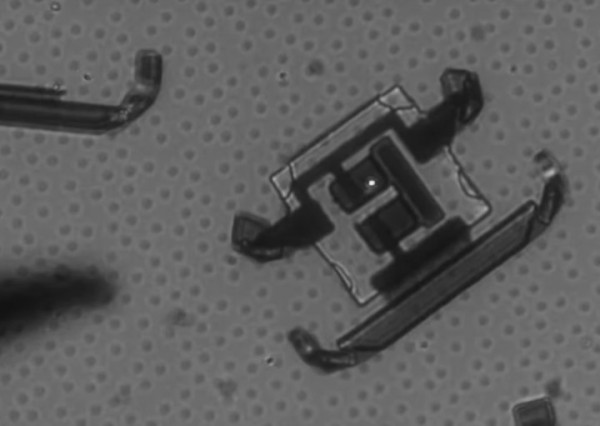