According to campaigners, up to a quarter of some cancers were missed during the Covid crisis, with nearly 50,000 cases going undiagnosed.

According to Macmillan Cancer Support, the scope of the cancer care backlog “has yet to hit the NHS.”

In comparison to pre-pandemic levels, it claims that 47,600 fewer Britons have been diagnosed with the disease.

Prostate cancer detection, according to the charity, has been hit the hardest.

“Nearly two years into the pandemic, there is still a mountain of nearly 50,000 people who have yet to be diagnosed with cancer,” he said.

“Cancer patients are stuck in a system that can’t treat them quickly enough, let alone deal with the thousands of people who haven’t come forward yet.”

“It’s never been more important to increase NHS capacity to treat and support everyone with cancer, so that people get the critical care they need now and in the future.”

The charity expresses “deep concern” about how cancer services will handle patients once they are diagnosed.

There are already signs that swaths of the “missing cases” are coming forward.

To deal with the backlog, experts estimate that the NHS would have to operate at 110% capacity for more than a year.

In February of this year, the number of women diagnosed with stage 4 breast cancer reached 148% of the pre-pandemic average.

People are being diagnosed later and later, which means they will require more intensive treatment and support, possibly reducing their chances of survival.

Many of the missed cases, according to health officials, are due to Brits staying away from their doctors during the peak of the pandemic for fear of contracting Covid.

“Throughout the pandemic, cancer has been a priority for the NHS, and diagnosis and treatment numbers have been back to pre-pandemic levels since the spring, with record numbers of people referred for investigation over the last six months,” a spokesperson for the NHS said.

“NHS employees have consistently gone above and beyond to support and care for patients, with 95% of people starting cancer treatment within 31 days during the pandemic.”

“It’s critical to stress that the NHS remains open and ready to care for you, so people who are experiencing cancer symptoms should come forward and be checked.” 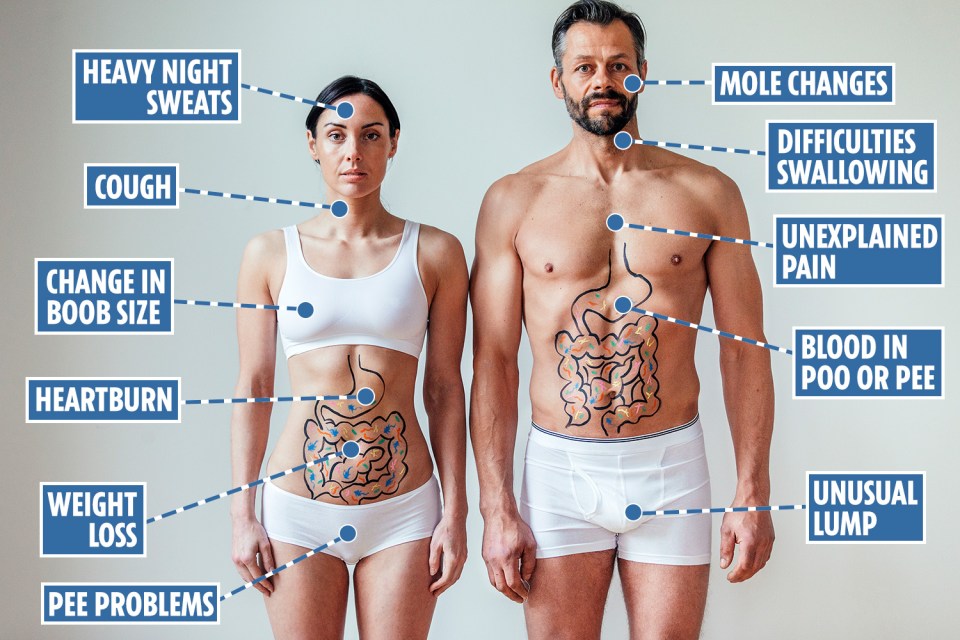