Despite Moscow and Beijing’s cultivation of friendship in recent years, there’s still competition between the two powers. The arrest of the president of Russia’s Arctic Academy of Sciences on treason charges serves as a reminder. 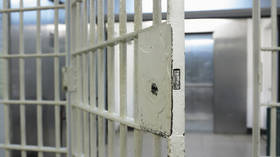 Valery Mitko, 78, is currently under house arrest, accused of selling classified information on submarines to China. His lawyer Ivan Pavlov explained that he was first detained in February, and a June 5 court decision prolonged his confinement until October. Mitko faces up to 20-years in prison, if found guilty.

“According to the investigation, Mitko handed over classified materials to Chinese intelligence during his trip to China,” the lawyer said, speaking to news agency TASS. “After his return to Russia, a search took place in his apartment, and he was charged with [treason].”

According to a source cited by Russian news agency Interfax, the information handed over is related to developments in the field of sonar and methods for detecting submarines. The same person says that the investigation team believes Mitko has been collecting materials for the Chinese since March 2017. However, his lawyer says the official documents do not specify which secrets the scientist gave away.

Under terms of house arrest, the academy president is not allowed to go for a walk or use communication devices. Mitko is also forbidden to talk to his children, who are considered witnesses by the investigation.

Interfax sys that Mitko served on ships, submarines, and within navy institutions from 1963 to 1994, before entering academia. In his current role as president of the Arctic Academy of Sciences, based in Saint Petersburg, he is the head of a body focused on “the scientific justification of the content of Russia’s Arctic doctrine.” Since 2016, Mitko has been teaching at the Dalian Maritime University in China, as a visiting professor.