Russian Prime Minister Mikhail Mishustin has announced that international flights will recommence next Friday. It will be possible to fly to and from airports in Moscow, St. Petersburg, and Rostov-on-Don. 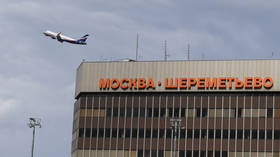 However, Deputy Prime Minister Tatyana Golikova explained that only three countries have been approved so far: Britain, Tanzania, and Turkey. The latter is a popular destination for Russian tourists, while London is a major global transport hub.

“A decision has been made to resume international flights, where we are guided by the epidemiological situation, infection rates, and the principles of reciprocity,” Mishustin told a government meeting.

Passengers will be required to obtain a negative coronavirus test certificate with 72 hours of departure. The same situation pertains for visitors arriving to Russia. In this case, the test must be in either the English or Russian languages. For Russian citizens returning home, they must provide a negative Covid-19 result during their first three days of arrival, or face self-isolation.

“This has become possible because the growth rate of coronavirus infections has been decreasing in Russia for quite some time,” Golikova told the Rossiya 24 TV channel.

From August 1, flights will open to London, Turkey (only Ankara and Istanbul) and Zanzibar in Tanzania. A week and a half later, on August 10, routes to the Turkish resort cities of Antalya, Bodrum and Dalaman will recommence.

The move comes around four months after connections were shut on March 27 to prevent the spread of Covid-19. The first restrictions began in early February when flights to China – and later to South Korea, Iran and several other countries – were suspended. In March, flights to other European countries were frozen as the coronavirus spread across the continent.

On Friday morning, the press service of the Chinese Foreign Ministry told TASS that Beijing is interested in restoring routes with Russia, should Moscow reciprocate.