Fifty-nine-year-old Micheál Martin is now the second-oldest first-timer to become Irish Taoiseach after a lengthy slog to the top. But don’t look for revolutionary new policies from the Fianna Fáil leader. 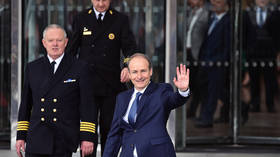 Ireland is known as the land of saints and scholars, but outgoing Irish Taoiseach (PM) Leo Varadkar definitely didn’t mean it as a compliment when he once likened his successor Micheál Martin to a priest.

During a bad-tempered parliamentary exchange last June, Varadkar – appointed Tánaiste (Deputy PM), at the weekend in the new grand coalition between his party Fine Gael, Martin’s party Fianna Fáil and the Greens – said, “The deputy reminds me of one of those parish priests who preaches from the altar, telling us to avoid sin while secretly going behind the altar and engaging in any amount of sin himself.”

The wisecrack was disingenuous, because there’s never been even a whiff of scandal about Martin during his 30-odd years in public life, unlike several of his predecessors.

The new high priest of Irish politics, in a certain unflattering light, often reminds me visually of an orc from ‘Lord of the Rings’. But while he’s definitely no baddie, the 59-year-old has suffered from the same personality traits as another Middle Earth fictional character, Gollum, in his desperate decade-long quest to become Irish PM. If he’d failed, he would’ve had the dubious honour of becoming the first ever Fianna Fáil party leader not to lead the country.

After mistakenly counting his chickens pre-election, it almost spectacularly backfired for Martin when Sinn Féin – tainted for generations by its association with the IRA – was, surprisingly, the clear winner of the February poll.

But Martin managed to save face by cobbling together an historic coalition with Fine Gael (FG), which is the first time the two parties have ever served in government together. There’s been a bitter feud between them since FG was founded in 1933 after a split in Fianna Fáil (FF) following the 1922 civil war.

So now calling someone a leprechaun is a hate crime. Bejesus, as we Irish say… What’s the world come to?

It’s been a hard slog to become Ireland’s 15th PM since he took over in 2011 from Brian Cowen, whose biography I wrote when he was elected in 2008. When Martin finally got his shot, FF was on the canvas – an apt metaphor considering his father Paddy was a famous pugilist – following the banking crisis. And it really looked like it was going to be The End of the Party, which is the name of the behind-the-scenes book I co-wrote about the party’s implosion at the time.

So, Martin deserves much credit for steadying the ship and he has proven himself to be a safe pair of hands, albeit uninspiring. He has also shown himself to be something of a Machiavellian figure underneath it all, after being involved in some previous leadership heaves, which is a charge he always denies.

In comparison to previous leaders, like Charlie Haughey and Bertie Ahern, Martin is squeaky clean and, perhaps equally as important in these chaotic times, is not gaffe-prone like his predecessor Cowen.

Yet for someone with so much political ambition, Martin also has very little charisma, as I discovered myself first-hand when I conducted an hour-long interview with him in 2012.

He said to me: “I hope you’ll give a sense that it’s not that every day I think, ‘I want to be leader’… that is not me as a personality.” But even as far back as 2009, I believed that Martin “saw himself as a potential leader in waiting.”

So, even though those words rang hollow to me at the time, I doubt Martin himself thought he would ‘only’ end up being Taoiseach for two-and-a-half years as part of a rotating leadership deal struck with FG, which will see Varadkar back in the hot seat in December 2022. Of course, he could stay on and win the next general election, but I can’t see that happening.

I found Martin to be extremely cordial and well briefed, but the general consensus among Irish political commentators is that one of his biggest downfalls is his constant dithering. A quick Google search of the words ‘Micheál Martin’ and ‘indecisive’ brings up 87,500 hits. Enough said.

Martin likes to dine out on the fact that he was the first health minister in the world to introduce a blanket-wide workplace public smoking ban in 2004, but he wouldn’t have been able to make that call without the then-PM’s nod of approval. It’s also worth noting that, between 1997 and 2011, Martin held four ministerial positions and there’s nothing else of note for him to boast about, given he has such an impressive CV on paper.

In fact, I’d strongly argue he deserves much criticism for his disastrous decision to abolish local health boards and introduce the monster known as the HSE (Health Service Executive), which has only exacerbated the problems there. But Martin has never been one to hold up his hand and say, “Mea culpa.”

It’s clearly also not in his DNA to give rousing speeches and rally the troops, because he failed to lift the spirits of the Irish nation in what has to be one of the most insipid PM acceptance speeches ever last Saturday – and at a time when it was needed more than ever thanks to Covid-19.

It offered no real vision, but rather a continuation of the ‘same old same old’, with the main priorities (apart from Covid-19) being the housing and health crises. There were also some green policies thrown into the mix to appease the new junior coalition partner.

The lacklustre speech was surprising, because Martin is definitely not a man who lacks empathy. His life has not only encompassed the triumph of becoming PM, but also great tragedy, with the deaths of two children; one an infant death, the other a young daughter who was weeks away from her eighth birthday when she sadly passed away from a heart condition.

Understandably enough, it’s something he doesn’t like talking about in public. As he told me, “I try to separate it the best I can — the political life from the family and personal life.” Which is fair enough. But where’s the passion? I think people would warm to him much more if he started to wear his heart on his sleeve, but that doesn’t seem to be in his DNA either.

As a symbolic gesture, Martin plans to put up two portraits of the first two major figures of both FF and FG – Éamon de Valera and Michael Collins, who literally went to war against each other – side by side in his new office.

It’s a nice touch, but it also amplifies the real danger of how this coalition might end up watering down the FF and FG brands, which could, ironically, end up being the making of Sinn Féin and the left come the next election. 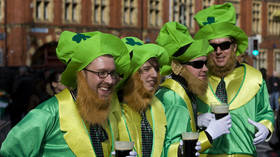