Moscow’s Gamaleya Institute, which created the world’s first Covid-19 vaccine, has sent “detailed responses” to the questions posed by British medical journal The Lancet, after a group of scientists criticized the Russian data. 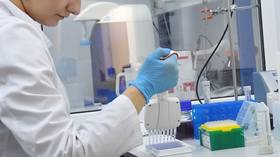 On September 7, an open letter signed by twenty-six analysts, mainly based in Italy, cast doubt on Russia’s vaccine, noting the discovery of “potential data inconsistencies” in the published research. The group claimed that the article had significant statistical anomalies. Following the letter, the journal’s editorial board asked the developers of the Russian vaccine, dubbed Sputnik V, to reply.

According to Alexey Kuznetsov, an assistant to Russia’s Minister of Health, the vaccine’s creators have sent “detailed responses to the editor of The Lancet magazine.”

The Institute, which developed and trialled Sputnik V in conjunction with Russia’s Defense Ministry, had denied the accusations of discrepancies, highlighting that the research was checked by The Lancet’s own reviewers.

“The Gamaleya Institute categorically rejects the accusations made by a group of scientists about the inaccuracy of statistical data published in The Lancet,” Deputy Research Director Denis Logunov told Russian news agency RIA Novosti.

READ MORE: Access to Covid-19 vaccine means Russia could totally defeat coronavirus by next summer, according to creator of Sputnik V

The registration of Sputnik V was announced by Russian President Vladimir Putin on August 11, who declared that the country had developed the world’s first anti-coronavirus vaccine. Scheduled to be available to the general public in 2021, it is currently in the third trial stage, which will see 40,000 Muscovites receive the two shots.