Politicians, journalists and others in public life now advertise their idiocy when it suits them, particularly if it helps them claim “offence” or pick up victim points. 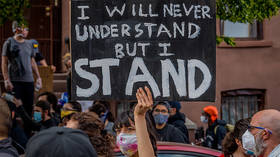 Stupidity used to be something people were embarrassed by. Failing to get a joke, not recognising sarcasm and misunderstanding simple instructions were cause for mockery, not something one advertised to the world.

However, over the last few years, a disturbing number of people have been more than willing to come across as denser than a sticky toffee pudding if it suits their agenda. Barely a week goes by these days without some attention-seeking pillock wilfully getting the wrong end of the stick for a bit of extra press.

This week’s attention seeker is Labour MP Jess Phillips, who has kicked off over a fake Guardian headline doing the rounds on Twitter. It reads: “Whilst some around her were losing their heads, Shamima Begum kept hers – she would make a fine Labour MP,” and it is attributed to Phillips herself.

This, to anyone with an IQ higher than a spaniel’s, is obviously a joke. It is satire, but according to the honourable member for Birmingham Yardley it was “designed to incite hatred” and put her, her family and her staff at risk of violence. Really, Jess? Do you earnestly believe there are people out there who think you would argue that an ISIS bride would make a “fine MP,” and that said people would physically attack you for it? Obviously, you don’t – but it allows you to play the victim, so you’ve pretended to be an idiot.

Planned Parenthood is erasing founder Margaret Sanger’s name over eugenics. But her views were known for DECADES

While this wilful dim-wittedness was already well underway, the Covid-19 outbreak seems to have kicked it into overdrive. Indeed, judging by Twitter, performative ignorance is apparently more catching than the virus itself. Take the new government edict on when to wear a mask in Britain, which is being expanded from public transport to shops from Friday. In my view this is gross overreach; the state has no business compelling you to cover up any part of your body (apart from your genitals) in public.

But rather than the main argument being about civil liberties, it has been bogged down with people asking for guidance in every conceivable scenario as to whether or not they should be muzzled. Ministers have been bogged down for days over whether or not masks will be compulsory when picking up takeaways from restaurants and sandwich shops. The rule is masks for takeaways, no masks for eating in, but did people really need it explaining to them that they wouldn’t be expected to wear something over their mouths if they were putting food through them? Surely an iota of common sense would allow one to work that out.

Masks were by no means the first instance of huge swathes of the country deciding to be overtly obtuse. Back in May, when the government changed its advice from “stay at home” to “stay alert,” the entire Labour Party and most of the media suddenly decided they had forgotten the meaning of the word ‘alert’. TV presenters and politicians all started screeching “what does it mean?” as if they were worried that, without specific regulations preventing them, the public were going to start licking doorknobs and gobbing at pensioners.

However, the most inglorious example of people pretending they didn’t understand something they had the day before came when Boris Johnson was taken into intensive care. During a press conference, Foreign Secretary Dominic Raab said his friend and colleague the prime minister would pull through because he is a “fighter.” Hitherto, fighting, battling and other expressions had passed without comment when used to describe someone suffering from an illness. But, for some reason, as soon as a Tory minister used it about a Tory PM it was outrageous. Raab was “insulting those who had died of Covid19” and “minimising the work of NHS staff.”

Newsnight’s Emily Maitlis felt compelled to tell the nation that “You do not survive the illness through fortitude and strength of character, whatever the prime minister’s colleagues will tell us.” Did all these people suddenly forget what a metaphor was? No, they were being intentionally thick to score political points. Emily Maitlis may be many things, but an idiot isn’t one of them.

Arguably, the police have been worst affected by this disease of invented idiocy, interpreting everything on the internet with the same literalism 17th-century Jesuits did the Bible. A decade ago they arrested then 26-year-old Paul Chambers who, annoyed about his flight being cancelled, tweeted: “Crap! Robin Hood airport is closed. You’ve got a week and a bit to get your s**t together, otherwise I’m blowing the airport sky high!!”

He was convicted of sending a “menacing electronic communication” in 2010, only to have his conviction overturned two years later after the High Court ruled it a “silly joke.” Did we really need to trouble some of the finest legal minds in Britain to work that one out?

Not wanting to be left out of the authoritarian stupidity party, Scotland demonstrated itself to be an even more stupid nation than England. In 2016, Police Scotland arrested a YouTuber named Mark Meechan – known online as ‘Count Dankula’ – after he posted a video of his girlfriend’s pug performing a “Nazi salute.”

The fact that the video was titled “M8 yer dugs a Nazi,” was posted by a man calling himself ‘Count Dankula’, with the dog in question named ‘Buddha’, and the fact he introduces the video by saying: “My girlfriend is always ranting and raving about how cute and adorable her wee dog is, so I thought I would turn him into the least cute thing I could think of, which is a Nazi” did nothing to convince the court that he was just having a laugh. In 2018 he was found guilty of being “grossly offensive” and fined £800 after the judge in the case ruled that “context didn’t matter.” To my mind, that constitutes state-sponsored wilful stupidity; context is everythingwhen it comes to comedy – how can the nation that gave the world Billy Connolly not realise that?

Twitter’s ban of QAnon conspiracy theory for vague ‘offline harm’ link only makes them stronger, & the censorship won’t stop there

Across the pond, the US has also fallen victim to this disease, which appears to be a side effect of Trump Derangement Syndrome. This has been embodied by CNN accusing the president of “encouraging violence against reporters” by tweeting a meme of himself beating up a WWE wrestler with the broadcaster’s logo superimposed onto his face. It is undoubtedly unpresidential, but inciting violence? Give me a break.

Twitter, too, has completely lost its ability to tell a joke, after it felt the need to label a video the president obviously tweeted in jest as “manipulated media.” The clip in question showed a black kid and a white kid running and featured a faked CNN video with the headline “Terrified toddler runs from racist baby.” Does Twitter really believe people couldn’t tell that video was a joke?  Did they think that Trump was trying to mislead the American public into believing it was a real clip from CNN? Of course, they didn’t. They did it for political purposes, for some reason deciding they’d be happy to come off as humourless imbeciles so long as they could have a dig at the president.

It is bad enough that these humourless faux halfwits are so desperate to push their political agenda that they are sucking all joy out of public debate. But what is even more galling is the contempt they must have for the rest of us for thinking we believe them. Well, we don’t think you are stupid – we think you are pathetic. 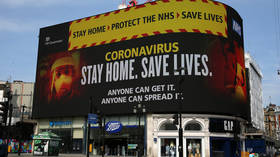 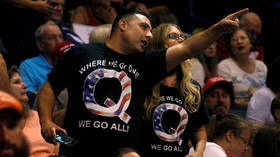