As someone who lived through the collapse of the Soviet Union, I find some images and reports coming out of the United States these days eerily familiar. But should anyone be looking forward to the disintegration of the US? 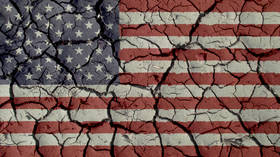 Rioting, tearing down of statues, senior officials openly defying the nation’s chief executive…By the late 1980s the USSR was a declining superpower with inept leadership, torn apart by escalating internal contradictions and abjectly losing in the competition with another, much more successful, superpower. No wonder many in Russia are now asking the question if the US could meet the same fate as the USSR.

No longer a crackpot fantasy

To put the record straight, I don’t believe the US disintegration is imminent or likely. On the contrary, America could emerge a reinvented and rejuvenated nation out of the current crisis. Nevertheless, the scenario of US implosion has now definitely left the realm of the hypothetical. In 2008, I ridiculed a Russian political scientist, a KGB analyst in his former career, who prophesied a disintegration of the US into six pieces following a civil war triggered by mass immigration, economic decline, and moral degradation. In 2016, when Donald Trump moved into the White House, I began to have second thoughts. By 2020, the idea of a US collapse no longer seems inconceivable. Today it is not Russian, but rather American scholars who predict a rise of secessionism in the United States as “the pandemic and protests have exposed the regional divides in the US.” Some even argue that embracing the state secession movement should result in “happier, less corrupt entities,” confederated in a North American version of the EU.

The idea that the US may disintegrate is not the preserve of crackpot ex-KGB agents or non-mainstream American scholars. In 2010, none other than the renowned Harvard professor Niall Fergusson published an article in Foreign Affairs in which he argued that the US may meet an abrupt end as a unitary polity. According to Fergusson, “regardless of whether it is a dictatorship or a democracy, any large-scale political unit is a complex system” that has “the tendency to move from stability to instability quite suddenly.” Those who lived under the Soviet Union in its latter days would attest that he is right about this. In 1985, the Soviet Union was a monolithic, albeit stagnant, superpower. In the second half of the 1980s, reforms initiated by Mikhail Gorbachev were rapidly changing the Soviet Union, but most Soviet people – as well as outside observers – still had hardly any doubt the USSR would continue to exist. In 1991, the USSR was no more.

If the US falls, it will be unlike anything

Of course, the US is not the same as the Soviet Union. If America is doomed to fall apart, it will do so in its own unique way rather than replaying the Soviet scenario. In 2010, Fergusson saw financial and fiscal imbalances as the main risk to the US’ continued existence. In 2020, these imbalances grew even bigger, putting at risk the status of the US dollar as the world’s primary reserve currency. However, the decline of America’s financial sustainability is now eclipsed by even more serious problems such as domestic political polarization and the increasing competition from China.

Fast forward to 2025. After another deeply divisive presidential election, the US is gripped by massive unrest, exacerbated by an epidemic of Covid-24, a new strain of coronavirus. China, whose relations with the US are now openly adversarial, decides it is the right moment to strike – Beijing pulls the plug on the US dollar by dumping the dollar-denominated assets and stopping the use of the US currency, triggering the meltdown of America’s financial system. (As a Chinese expert noted back in 2019, “while appearing unassailable, the dollar may be much more vulnerable than many suspect… its end may arrive sooner than expected.”) In a few months, Congress proclaims dissolution of the United States to be replaced by loose Commonwealth of American States…This is, of course, a purely imaginary scenario. But you have to admit that its constituent elements, except perhaps the final one, do not at present look completely fantastic.

Russia shouldn’t be cheering the fall

Quite a few Russians (and not only Russians) are happily watching the chaos unfolding in America, some of them eagerly awaiting the collapse of the US empire. I, for one, am not sure US disintegration, if it ever comes to pass, will be good for Russia.

For one thing, the US is the devil we know. We have no idea who or what will replace it. It may well turn out that a world without the US is a much nastier place in the long run. Again, the Soviet case is instructive here. As we now know, the disappearance of the USSR led to a triumphant “unipolar moment,” but ultimately has not guaranteed anything for the US. America now faces a geopolitical rival that is arguably more formidable than the former USSR. I wonder if there are people in Washington who might be secretly wishing, in hindsight, the Soviet Union had survived. In a counter-factual world, the continued existence of a status quo-oriented, mellow Soviet Union could be a crucial component in maintaining a global balance of power beneficial to the US.

For another, the collapse of the pre-eminent superpower, which has long acted as the center of the global politico-economic system, may have highly destabilizing effects worldwide. Perhaps it could even prove contagious, triggering fragmentation processes in other super-states.  Russia, which is itself a multi-racial and multi-faith empire, is not immune. It is a rather fragile entity that over the past one hundred years has at least twice gone through disintegration caused by domestic disorder.

For Russia, the best outcome would be a United States preserving its unity, albeit humbled and less arrogant. Unfortunately, such an ending might be the most implausible of all possibilities. 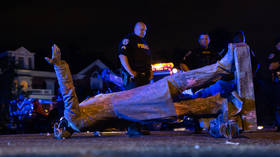