The Scottish independence movement is being contaminated by bitter anti-English sentiment. A grassroots leader has already quit because of it – and unless it’s addressed, there’s a real danger of it going mainstream. 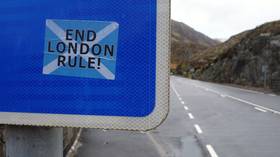 Robert Mugabe ended up hated and being driven from power. But many years ago, he was hailed as a fresh-faced revolutionary with dynamic policies. Any movement can only sustain a certain amount of momentum. Either it succeeds or the wheels keep spinning, until they ultimately come flying off.

One of its biggest grassroots figures, Manny Singh, has left the All Under One Banner organisation he helped build. Attitudes became too nationalistic for him to stomach.

Singh said: “You need to think about your reasons for wanting independence. If it’s to become a small-minded, bigoted country, then that isn’t something I want to be a part of.”

He has complained of some wanting to “kick the English out of Scotland” and banning them from buying holiday homes.

While there has always been – and will remain – an antipathy from Scots to their closest neighbors, it usually pertains to sport. The famous ‘whoever is playing England’ is a common response when Scottish fans are asked who they’re supporting.

But echoing Singh’s sentiments, there is a nastier and more intolerant element creeping in.

Last month, protestors in hazmat suits, armed with flags, set up camp on the border to discourage English people crossing. Their supposed motivation was that Covid-19 rates are lower in Scotland, but that was a Trojan Horse for them to twist the knife.

One campaigner boasted: “We are really laying it on thick so basically what we’re saying is, ‘Stay the f**k out.’”

They also noted down license plates of any presumed holidaymakers and posted them online, presumably to “shame them.” This created such a toxic cloud that Scotland’s Justice Secretary Humza Yousaf added: “If you are a racist you are no friend of mine. Horrible, reprehensible and vile.”

One example that hit social media came from an English pub owner being told he doesn’t understand the local community because of where he comes from. However, the publican had moved to Scotland and started his business long before his 18-year-old accuser was born.

The difficulty revolves around what constitutes nationalism.

The term in England has connotations of skinheads drinking cans of lager, chanting ‘Rule Britannia’ and demanding Muslims go back to where they came from. In Germany, it conjures up images of neo-Nazis. Scotland has never had those kinds of groups.

As the Democratic Football Lads Alliance (white men mostly) marched through London recently to defend Winston Churchill’s statue in the wake of the BLM movement, they clashed violently with police. Parts of British society welcomed their actions, as they feel their beliefs are under attack. Many millions in England resonate with that, virtually no one in Scotland does.

That’s not to say there is no hatred. In our biggest city, Glasgow, to vote Conservative is as socially endearing as having leprosy. For many years, Scotland had more pandas (there are two in Edinburgh Zoo, on loan from China) than Tory MPs. When Margaret Thatcher passed away, hundreds rejoiced in Glasgow and sang choruses of ‘The Witch is Dead’ as they popped champagne bottles – and a lot more equally distasteful sentiments were shared on social media.

That division always existed, but it was about the working class against the elites. Scots felt they were being run and talked down to by aristocrats from Oxford or Cambridge, with little grasp of the status quo north of the border. There was always a kinship with blue-collar cities like Liverpool, Newcastle and Manchester.

Now it’s morphing into a distrust of anything English.

Nigel Farage is hated in Scotland, as he is the personification of everything we do not identify with – his style of dress, his background and his politics. One Scottish visit became so unruly, he had to be locked in a pub and call the police, who escorted him out safely into a riot van.

By Boris Johnson adopting very conservative-style policies and driving Brexit, which Scotland voted against, he has fanned some of these troubling flames.

But no matter the perceived provocation, racism and anti-Englishness cannot be tolerated. Still, we have to take our medicine and admit, it’s becoming an issue and contaminating the independence movement.

This can only be tackled from the ground up. Sturgeon and her colleagues can say all the right things, but this is a battle to be fought in the homes.

Racism and hate-speech against England and its people have to be stamped out. Otherwise, the entire independence movement will be submerged by bitterness. If it’s allowed to proliferate, bigoted opportunists will use it to create an empire for themselves.

Wanting to see Scotland flourish stands apart from any detriment to England. In fact, both countries benefit if each prospers.

The hatred building in Scotland needs to be exterminated for all our sakes.

Otherwise, it will only be a matter of time before “Nigel McFarage” has to call the police to protect him from a baying mob in London. 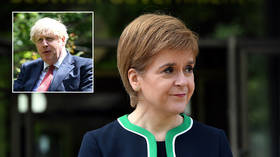