If you listen to the leaders of Black Lives Matter, you’d imagine that most black people across the US want to defund the police. But there are many who don’t, and they could have a big say in the election. 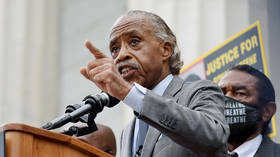 Ever since the death of George Floyd, there has been a substantial push from several different angles to defund police departments across the United States.

The main driver behind this has been the Black Lives Matter movement. Its website states, “We know that police don’t keep us safe – and as long as we continue to pump money into our corrupt criminal justice system at the expense of housing, health, and education investments – we will never be truly safe.”

However, anyone who’s a regular on Twitter would realise that these sentiments do not reflect the opinions of many people in the actual communities that defunding the police  would have consequences for.

In fact, according to a Gallup poll, only 22 percent of black Americans want the police defunded. In an article from the Star Tribune, many local leaders in Minneapolis were very much against the police in their community losing funding.

The controversial Reverend Al Sharpton was the latest to come out against the idea on Tuesday, saying that only “latte liberals” wanted it. The Hill reported that Minnesota District Attorney Keith Ellison, who is prosecuting the George Floyd case, is not a supporter of it. Local leaders in New York City weren’t happy either when the city proposed cutting a vast amount from the police budget.

There are clearly a couple of realities that need to sink in. The first is that the Black Lives Matter movement does not reflect the thoughts of black people at large in the United States.

In Chicago, members of Black Lives Matter were chased out of the Englewood neighborhood by residents. The people who actually live in the area saw BLM’s presence there as an intrusion that would only make relations with the police considerably worse for them. This sentiment is gathering momentum. There are many who don’t want fewer cops or no cops; they want more good cops.

A second element worth considering is that there is an obvious difference of opinion between the noisy social media followers of the BLM movement, and the thoughts of many black people across America.

You could argue, in fact, that the latter are a silent majority. And any time that votes are going to be counted, those looking to take office should beware the silent majority.

The discrepancy between BLM’s demand to defund the police and the desire of this silent majority could be significant. We’ve already seen the number of black voters who approve of Donald Trump rise to a high of 24 percent, and I don’t believe that this is a coincidence as the election closes in.

In addition, NBA legend Charles Barkley brought up the concern that Democrats only talk to black people every four years. The rise of Candace Owens’ Blexit movement and Kanye West’s swing to the political right are also telling.

There has long been a belief that the black vote in America is a monolith, but the fact is that any voting bloc can shift. If the Left keeps listening to BLM and moving to take away cops, defunding them or doing anything else that may hurt individual communities, there could be voting repercussions. These communities want reform and improvement. They don’t want to be defenseless, and they don’t want those who protect them to hate them.

These communities deserve good cops, and that’s not too much to ask. Black people in America don’t want to toss everything out because the militants of BLM are making a loud noise on the streets and social media.