While it briefly threatened to become a major issue, the so-called #MeToo movement never really got going in Russia. However, this month the agenda has been reawakened by allegations against several former and current journalists. 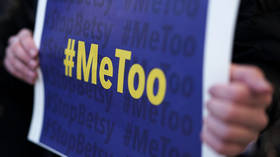 On Friday, the well-known playwright, journalist and Echo Moskvy radio host Victor Shenderovich was accused of sexual harassment by several women who posted their stories online via Facebook.

One of them was the journalist Lydia Mikhalchenko, who opened her statement by writing that “Until March of this year, I considered him one of the best people in this world.” She went on to imply abuse towards two other women, Olga Crassac and Maria Troitskaya, who were also ready to talk publicly about their own ordeals.

Shenderovich responded to the allegations by commenting defensively that although he had “regrets” in life he did not understand these “new ethics” at play between men and women. This is the latest incident in a series in which men in prominent positions have been forced to answer accusations of sexual misconduct.

A fortnight ago, a young hairdresser by the name of ​Violeta Sharipkulova set off the primary wave of testimonials when she began discussing on Twitter her ​experience of an abusive relationship with ​a former partner, throughout the thread expressing that the treatment she had experienced was “НЕНОРМАЛЬНО” (NOT NORMAL). When her posts were shared by her friend Valentina Dekhtyarenko of ​Open Russia – a banned organization controlled by the fallen former oligarch Mikhail Khodorkovsky – Twitter was set alight by women showing solidarity with Sharipkulova and her scarring experience.

Dekhtyarenko described her own experience of abuse in another thread on Twitter, where she accused the editor-in-chief of the niche online journal​ Moloko Plus, Pavel Nikulin, of forcing her to have sex. She states that, while it was not the worst experience she had come across, it was still a very uncomfortable and unpleasant one. Under pressure, ​Moloko Plus ​released a public statement saying that both sides of the incident had been considered and that Nikulin would keep his position at the publication. Dekhtyarenko countered this by stating that she had not been contacted by anybody asking to hear her side of things.

Similar stories of drunken abuse, sexual harassment, and even assault, began to be circulated as many women felt compelled to share their own experiences with past partners, colleagues, and acquaintances. Alongside these allegations came a string of screenshots, explanations, and apologies from some men who had been named and shamed. Most surprising were those that came from men working at four of Moscow’s top media outlets and Russia’s biggest bank, Sberbank.

Sergei Prostakov and Andrei Zolotov of ​MBK Media, ​another Khodorkovsky outfit, both resigned from their positions following accusations of sexual harassment and rape. Prostakov was accused of harassment on numerous occasions, including in the workplace, with several women stating that they had been touched inappropriately. One of them, Victoria ​Kuzmenko​, then came forward with an account of an alleged gang rape at a party in Prostakov’s apartment in 2014.

In response to those claims, Prostakov apologized in part, saying that he had no recollection of the incident in question. Zolotov was also indicated as having been at the party but denies the allegations of any wrongdoing. Khodorkovsky is reportedly aware of the allegations but, as his spokesperson Maxim Dbar ​told British state broadcaster the BBC ​last week, he refrains from involving himself personally in newsroom matters although the company has a zero-tolerance policy towards such incidents. MBK Media’s Editor-in-chief ​Veronika Kutsyllo later sent out a public apology to the victims involved and said that the only proper step to take was for both men to resign.

In a similar case, the former editor-in-chief of the independent publishing house MamixlapinatanaI, ​llya Nemchenko, was accused by journalist​ Polina Glykhova of making an unsolicited advance while they were working together. He sought to explain ​himself in a counter thread on Twitter, writing that her account of the incident was highly distorted and posting screenshots from their interactions around the incident.

READ MORE: The murder of a female soldier has shown just how bad sexual violence is in the US military. As a soldier who was raped, I know

The most high-profile of allegations have not only come from women; veteran TV presenter and journalist Pavel Lobkov has also been accused of making unwanted approaches towards several men while they were interning at the television channel ​Dozhd​. Alexander Skrylnikov tweeted about the discomfort he felt when working alongside Lobkov, and others have backed up his charge with similar accounts of attempted touching and kissing.

Lobkov defended himself by explaining that he had been brought up with a different concept of boundaries. He explained that he believed it was okay to sleep with your teacher or to kiss and hug a colleague while at a party. He offered his apologies to everyone who had come forward and acknowledged that times have changed in regard to workplace ethics.

Alongside the revelations that have shaken up the liberal media sphere, Russia’s biggest bank Sberbank has suspended two employees in the midst of its own scandal. Ruslan Gafarov was working as a social media manager and Sergei Minenko as the financial giant’s projects manager when they were suspended from work following accusations of sexual misconduct and rape.

Gafarov previously worked for Khodorkovsky’s ​Open Russia ​organization while Minenko was previously employed as a journalist at ​Men’s Health Russia, Mel, Gazeta.ru, and Izvestia​. Gafarov has publicly ​apologized for his actions while Minenko is yet to comment. Their reinstatement by the company is pending the results of an internal investigation.

As the most outspoken of journalists turn to social media to air their trauma, the general feeling is that this is very much just the tip of an iceberg. In Russia, there has been a long history of normalizing inappropriate behavior in the workplace and a culture among most female employees of just getting on with it.

This isn’t the first time that Russia’s media sector has been hit with stories of mistreatment towards women. In November 2018, several months after reporting on sexual harassment charges made by four prominent female journalists against ​State Duma Deputy Leonid Slutsky, the Western-funded online news outlet ​Meduza’s editor-in-chief Ivan Kolpakov was accused of inappropriately touching an employee’s wife.

He was temporarily suspended from his position pending a review by an ethics committee and then was later reinstated. This came after protesting the fact that Slutsky had been exonerated with not much more than a slap on the wrist. Nevertheless, given Meduza’s supposed liberal leanings, eyebrows were raised.

In Russia, alongside many other countries, the sweeping of incidents under the carpet is the approach frequently taken by those in positions of authority when dealing with cases of harassment in the workplace. The ​Meduza ​scandal was the first time a prominent figure had stepped down, albeit only briefly, from their position as a result of a ‘MeToo-like’ accusation. It resulted in the Riga-based outlet acknowledging that it was ill-prepared for dealing with such issues and promising to establish a better framework to so do in the future.

When the #MeToo movement first hit the mainstream media in the US – the impetus being the allegations made against film producer Harvey Weinstein – a surprising amount of Russian celebrities and those involved in the film business came out in support of the movie mogul. The actors Agnia Kuznetsova and Lyubov Tolkalina both publicly stated that they saw nothing wrong with the abuse of power and influence when it ultimately ended up with a role.

Kuznetsova put the blame on the victims, saying that “they don’t have to act like prostitutes,” while Tolkalina said that sexual harassment could be “beautiful” and ultimately contribute to the art of the film by creating chemistry between the actor and director. The hashtag “#ЯМыХарви” (I am/we are Harvey) briefly arose on Russian social media at the time.

As highlighted by Kuznetsova’s commentary, “slut-shaming” is a common way of deflecting the attention away from the accused and on to the accuser. The fear and shame associated with harassment cases are a major obstacle to the ‘MeToo’ movement in Russia as other females will often accuse putative victims of being overly promiscuous.

These young, liberal-minded women have a platform to use to come forward with their stories, but for many others in Russia it very much remains a taboo topic that is treated with stigma and suspicion. 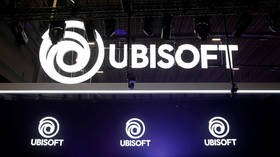 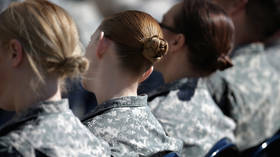