An MSNBC producer has quit the network, lamenting an editorial process that chases approval and ratings rather than presenting facts. When even employees label the MSM as a “cancer with no cure”, we should all be concerned. 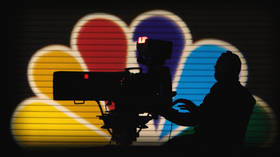 If you were to ask your mother who Ariana Pekary is, more than likely she’s not going to know unless she’s already met her. That’s because Ariana was a producer at MSNBC. Although she wasn’t someone who’d be in front of the camera, she is definitely someone who’s an expert on what goes on behind it. But now she’s left the TV network and, on her exit, wrote an extremely scathing letter about the nature of its programming.

Some personal news: why I’m now leaving MSNBC It’s not the optimal time for change but the time doesn’t feel optional, anymore.https://t.co/HbZo0weiUs

Although she described her colleagues as intelligent people with good intentions, she lamented the way the news has gone, blaming an overemphasis on the chase for ratings as opposed to straight reporting.

Specifically, she stated that it “forces skilled journalists to make bad decisions on a daily basis.” And she went so far as to reference an unnamed colleague who described what they were doing as “a cancer with no cure”. Pekary also admitted that fringe voices are constantly given airtime because it boosts those ratings, even if those guests’ views are divisive and offer little in the way of solutions.

And we’ve recently seen two other major figures cite similar problems within the news industry. On leaving the New York Times, Bari Weiss described a hostile work environment in which her colleagues would much rather ‘cancel’ her than allow her to express a different opinion. She even made the extraordinary claim that Twitter has become “the ultimate editor” of the New York Times. This would explain why so much of the Times’ content seems to cater for Twitter’s woke extremists.

Andrew Sullivan, formerly of New York Magazine, had a similar lament. He spoke of his endless frustration at the lack of diversity of thought: “If the mainstream media will not host a diversity of opinion, or puts the ‘moral clarity’ of some self-appointed saints before the goal of objectivity in reporting, if it treats writers as mere avatars for their race and gender or gender identity, rather than as unique individuals whose identity is largely irrelevant, then the non-mainstream needs to pick up the slack.”

Now, to anyone outside the news sphere, this may not come as a surprise. We’ve seen extreme voices dominate the airwaves for close to a decade. Often, the arguments presented are purely identitarian, or based on progressive ideology with zero pushback. It’s very rare to see a healthy debate, or for some networks to even give space to opposing sides. There’s an air of hyper-partisanship, no matter what network you tune into.

Granted, many news figures are very open about their biases. At the very least, they have that level of honesty. I can’t recall CNN’s Don Lemon denying he’s a progressive, for instance. However, some networks will merely try to make themselves appear fair and balanced in their reporting, when what the viewer sees is something completely different. MSNBC and CNN have accused the US leadership of racism over and over again, for example, with zero resistance from anyone on the network. It appears no middle ground is allowed.

It’s unlikely Pekary’s decision to leave marks the end of the story. We’ll doubtless see other media figures speak out, because the fact of the matter is that hyper-partisanship is tearing the US to pieces. The people who rely on these networks and publications to source their news are receiving so much editorializing that it may as well be propaganda. There is a complete lack of responsibility and ethics, and we need more journalists, on either side of the aisle, to step up.

Ultimately, the worst thing you can do is say nothing. It’s reassuring to see principled people standing up for something so simple as diversity of thought. Hopefully, in the near future, there’ll be others as outspoken as Ariana Pekary, Bari Weiss and Andrew Sullivan. The wellbeing of our media depends on it.