Boris Johnson is playing hardball with the EU, but by recklessly refusing to honour the terms of an already signed agreement, he has crossed a line. Who will be prepared to trust the Brits if they can’t keep their word? 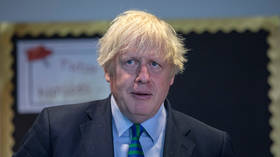 Almost everyone concedes that playing hardball to achieve your own ends is an acceptable part of the game on the field of international trade negotiations. But when the dust settles after battle, the parties involved, though perhaps bitter opponents earlier, are implicitly obliged to stand by the deal as finally agreed.

Unless of course, you are Boris Johnson and then you do what you want, sod the rest.

As senior officials within his government agreed that, yes, they did intend to breach the international law that protected the outcome of months of protracted, painful and often antagonistic negotiations with the EU, it seems little regard has been given to the idea that this behaviour has trashed the reputation of Great Britain around the world.

From Brussels to Washington to Paris, commentators have denounced BoJo’s decision to ignore those key aspects of the EU withdrawal agreement, only signed in January, that he doesn’t like.

Ironically, the issues surround the treatment of Northern Ireland under a new trade regime, which was the only part of the treaty signed by BoJo that he had contributed to the cut-and-paste document he largely inherited from his predecessor, Theresa May.

And now he’s decided that should be changed. The official excuse as to why the exact measures weren’t included in the first place is that the treaty was signed “at pace.”

Now we look like total mugs who can’t make our mind up about important issues in our own backyard. BoJo has shot our credibility right out of the water. And without that, what does the UK have?

Former PM Sir John Major was appalled. “Over the last century as our military strength has dwindled, our word has retained its power,” he said. “If we lose our reputation for honouring the promises we make, we will have lost something beyond price that may never be regained.”

BoJo, with his weight of personality, can dismiss most accusations with a clever turn of phrase and an injection of charm that warms even the coldest of hearts. But to act so cynically in sabotaging a Brexit agreement which was the centrepiece of his government’s election last December makes you question his motives from the outset.

You have to suspect that the idea all along was the construction of an elaborate ruse to convince Michel Barnier and the EU negotiators, along with the gullible British public, that a new trade arrangement was on the cards, only to pull the rug out from under everyone’s feet at the last moment and be left with a no-deal scenario.

Of course, we want a national leader who knows his own mind, who won’t be bullied, is difficult to intimidate and will put his country first. But we also want a leader who is honest and whose word is his bond. When he shakes hands on a deal it should actually mean something; he shouldn’t be crossing his fingers behind his back or winking knowingly over the shoulder of his opposite number.

Great Britain used to be a serious actor on the international stage, but now it runs the risk of being the light entertainment that fills in between the main acts. An illusionist, deceiving in plain sight.

And we will pay the price across the world for such deception. As chair of the House of Commons defence select committee Tobias Ellwood pointed out, “How can we look at countries such as China in the eye and complain about them breaching international obligations over Hong Kong, or indeed Russia over ballistic missiles, or indeed Iran over the nuclear deal, if we go down this road?”

Maybe the loose-lipped father-in-law of BoJo’s oppo Dominic Cummings was privy to something when he blurted out to a journalist that he’d been told the PM had taken a real hit with Covid-19 and was only looking for another six months in office, before standing down and handing over the reins to someone else.

In that case, why worry about losing friends at the table when you have no intention of staying for the meal?

Even if there is some truth in this, the hard-fought and well-deserved reputation of Great Britain and Northern Ireland is not a plaything for a reckless prime minister; it belongs to the people of the nation.

BoJo’s actions have turned us into an international joke, but no one in the UK is laughing.